Know Not Why by Hannah Johnson 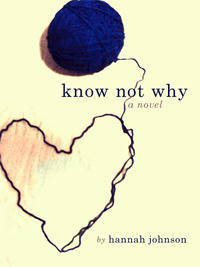 Howie gets a job at Artie Kraft's Arts 'N Crafts hoping to score with his lady coworkers. After all, girls love a sensitive guy, and what's more sensitive than dedicating your life to selling yarn and ... stuff? (Okay, so maybe it'd be a good idea to actually learn what one sells at an arts 'n crafts store.) But things don't go exactly according to plan. Coworker #1 is Cora: tiny, much-pierced, and way too fierce to screw with in any sense. Coworker #2 is Kristy: blonde, bubbly, unattainable perfection. And Coworker #3 is, well, Arthur. It goes without saying that he’s not an option. Right?

I loved this book so much. Howie made this book! I am telling you right now, if you start this book and don't instantly love Howie, just give up. His constant sarcastic and sometimes self-deprecating monologues do not stop or even slow down, and you either love them or you hate them. But personally? I loved them, and I loved Howie. He was so much fun. Even in the beginning when you was still somewhat immature, he was an endearing immature. He was so quick witted, he kept me on my toes. I never knew what nonsense he was going to spew next, but I knew it would still be relevant and make an odd kind of sense.

Howie was a really great guy. Even before he realized he might be gay and he was hoping to hook up with Kristy, he always felt guilty about his lewd thoughts afterwards. It was adorable. It was like he was just going through the motions of what he thought a guy should act like, even in his head. I don't think his heart was really in it when he was trying to seduce her. He was just too sweet to go through with it, as Amber pointed out.

"Come on, Howie. Your skeezy-talking skills are matched only by your inescapable decency. That's going to get in the way, Don Juan." 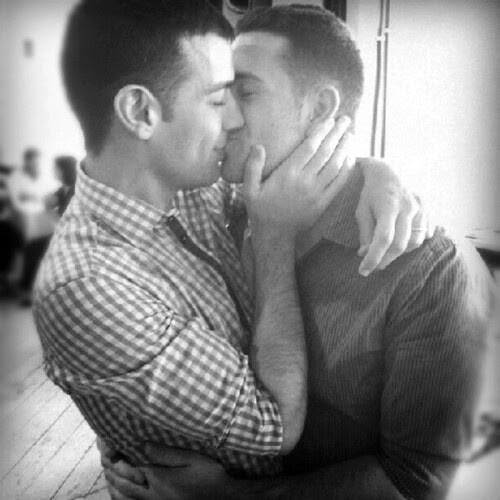 And Arthur was funny in his awkwardness. When we first met him I was thinking, "Really? This guy?" But he really grew on me. It's not as if it took long, but for the first meeting or two, yeah, I was a bit baffled about what could be attractive about him. But he is funny in his own way. It doesn't define him like it does Howie, but he knows how to laugh. I almost always imagined Arthur talking in a British accent because of the way he used such big words and formal speech. I knew he was not British but I had trouble stopping myself. Its also hard to remember that he was only about 25. He seemed so much older than Howie. They seem like the epitome of an odd couple, but they work so well together. Howie helped loosen up Arthur, and Arthur helped steady Howie. They were both lost in life before they found each other.

This book is also full of amazing supporting characters. Every single one! Kristy and Cora! Amber and Mitch! Howie's mom and Emily! I really loved Howie's mom. She is definitely where he got his sense of humour and I loved knowing that he always had her support. I also surprisingly loved Emily. She was a bit odd, but kind and wise. A bit like Arthur but even more awkward. I felt bad for her and how she was being treated by Howie's mom. I hope she comes around soon.

I really highly recommend this book to fans of humourous romance. The humour is really its defining feature. Even if you are not really into M/M romance, you should give this one a shot. Its just too cute. Fall in love with Howie and Arthur with me!

"You're funny and quick and interesting and aggravating and attractive. Its such a wonderful relief to be with you."

A little wonderingly, he says, "You're exactly who I never would have picked out for myself."