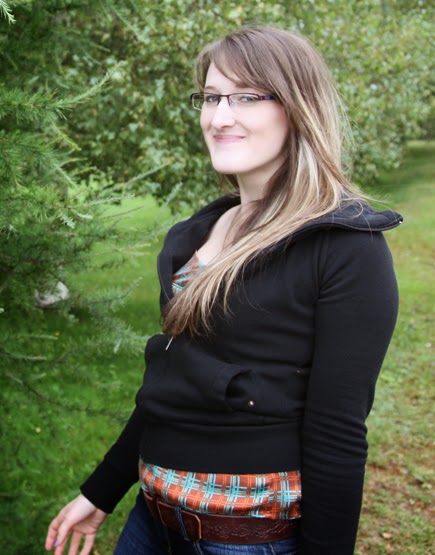 Welcome to my blog! Its still a work in progress. In case you are curious, the name of my blog, 'A Match Made in Heaven', is a reference to the fact that I will be reviewing both romance and sci-fi books here.

My current reading obsession is Paranormal Romance, both YA and adult. My favourite Paranormal sub-genres are vampires, mythology, or historical; my least favourites are angels, demons, and zombies. I used to be primarily a sci-fi and fantasy reader, and only began reading and reviewing romance in 2011. That being said, I still enjoy the occasional sci-fi or fantasy novel, and I will also be reviewing those here.

When deciding whether or not to read a romance book, the first thing it needs to have is a happy ending. I will sometimes even read the ending first to be sure, before starting a book. An HEA (happily ever after) is an absolute must in order for me to enjoy a romance book. I will always say in my reviews if a book does not have an HEA, so be warned.

Here is a video I made to introduce my YouTube channel last January. It lists more of my favourite genres, how I first got into reading, and what you can expect from me.

My favourite male leads are the tortured heroes. The men with a troubled past, who have issues with self-worth, or are searching for redemption for things they have done. They often avoid happiness because they either believe they don't deserve it, or are afraid it will be torn away from them, leaving them even more damaged than before. But I also have a weakness for the ridiculously sweet guys, like Peeta and Jem. And when I occasionally read a contemporary romance, my favourite male leads are the ones with a great sense of humour or who are slightly geeky. And of course, what woman doesn't love an alpha male? They are not my favourite, but I wouldn't say no.

My favourite romantic heroines are the balanced women. They have to be strong and smart, but not so independent that they become stubborn and blind. For example, I cant stand Celaena Sardothien from the Throne of Glass, or Catherine Crawfield from Night Huntress. My favourite heroines are usually not the physically capable ones, but the intelligent ones. They quite often have unique personalities and are quirky, spunky, sassy, or even a little bitchy. Such as Kami from The Lynburn Legacy, or Alexandra from Covenant.

Unlike most people, I enjoy a good love-triangle, but usually not the ones where the heroine goes back and forth. A prefer the love-triangles where two men love the same woman, but the woman only loves one, such as in The Iron Fey and The Shadow Reader.

What Else I Love

I have always been interested in history, culture, languages, art, religions, mythology, and geography. But I have no higher education.

I am a sci-fi geek. My favourite TV shows are Stargate, Farscape, Firefly, and Dark Angel, all long canceled. My favourite shows that are still airing are The Vampire Diaries, Once Upon A Time, Game of Thrones, and Doctor Who. My favourite movies are all the Star Wars and Pirates of the Caribbean movies, along with pretty much every other popular sci-fi/fantasy/adventure franchise you could name.

I love classical music, Disney, musicals (film and stage), and cult films. I am a neat freak bordering on OCD, and I have an addiction to salsa. I also have what I consider to be a great appreciation for beauty. I own over 200 movies on DVD and Blu-ray, but have stopped buying in favour of digital. I own about 120 books at present. I do most of my reading on my iPad Mini, but I still buy my favourites in paperback.

I find a lot of people get confused about the differences between these genres, and they are words that I throw around a lot, so it would be good to know what I mean. Here are the definitions, with help from Wikipedia.

Post-Apocalyptic - Set in a world or civilization after an apocalyptic disaster. It may be immediately after the catastrophe, focusing on the trials and psychology of the survivors; or later, when the existence of pre-catastrophe civilization has been forgotten. They often take place in a non-technological future, or a world where only scattered technology remains. i.e. Under the Never Sky, Blood of Eden, Razorland

Dystopian - Set in an often futuristic society that has degraded into a repressive and controlled state, often under the guise of being utopian. They are often characterized by dehumanization and totalitarian governments, a community or society that is in some way undesirable or frightening. It is the opposite of a utopia. i.e. The Hunger Games, Shatter Me, Matched

Contemporary or Low Fantasy - Set in the real world, in which magic and magical creatures exist, either living in the corners of our world or leaking over from alternate worlds. It can be described as non-rational events occurring in a rational setting. i.e. The Mortal Instruments, Harry Potter, Percy Jackson & the Olympians

Epic or High Fantasy - Set in an alternative, entirely fictional world, rather than the real world. The secondary world is usually internally consistent, but its rules differ in some ways from our own. These stories are often serious in tone and epic in scope, dealing with themes of grand struggles against evil forces. Some typical characteristics of high fantasy include elves, fairies, dwarves, dragons, constructed languages, quests, and coming-of-age themes. Detailed maps, geography, and history of the fictional world are often provided. i.e. Lord of the Rings, The Inheritance Cycle, Throne of Glass