The Only Boy by Jordan Locke 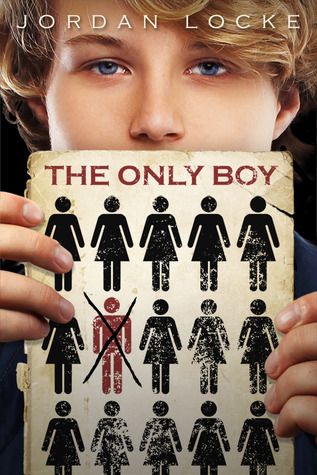 Mary is stuck in Section One, living with three hundred women in a crumbling hospital. She wonders what life was like two centuries ago, before the Cleansing wiped out all the men. But the rules—the Matriarch's senseless rules—prevent her from exploring the vacant city to find out.

Taylor's got a dangerous secret: he's a boy. His compound's been destroyed, and he's been relocated to Section One. Living under the Matriarch means giving up possessions, eating canned food and avoiding all physical contact. Baggy clothes hide his flat chest and skinny legs, but if anyone discovers what lies beneath, he'll be exiled. Maybe even executed.

Taylor should go. The Matriarch is watching his every move. But running means leaving Mary—and braving the land beyond the compound's boundaries.

I was really looking forward to reading this because I found the concept so interesting. I wanted to see a girl who didn't understand "why she breaks the rules, just to be near him." The idea of a girl not knowing anything about boys, having never even seen one before, yet falling for one all the same, without even knowing he was a boy. It sounded like a 'love conquers all' type of story, which is pretty much the whole reason why I read romance. The more obstacles a love has to overcome in order to survive, the happier I will be in the end. 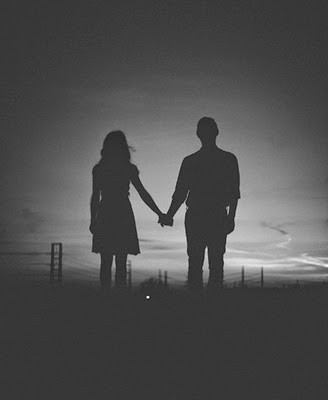 Although I still enjoyed this story overall, it ended up not being what I had thought at all. The mystery of Taylor's gender is actually solved within the first few chapters, after he reveals the truth to Mary. No one else knows, but it is no longer the obstacle it was. Actually, I suppose his true gender is more of an obstacle than being a girl ever was, because Mary has been taught to fear men her whole life. She didn't even know what the relationship between a man and a woman could be. They figured it out through bits and pieces of surviving information and instinct. Once Mary comes to terms with who and what Taylor is, and her eyes begin to open to the true potential of life, they decide to strike out on their own.

The time they spent together in Section Seven was both sweet and painful. I enjoyed seeing them try to live the domestic life together, and learning new things about each other. But that inevitably leads to clashes of opinion, like any new couple would. But with their lives always at risk being separated could cost them dearly, and they almost lose everything when they stumble upon another group of survivors. I did get pretty frustrated at times with the amount of near misses, the amount of times Mary and Taylor got separated and continued to come so close to being reunited, but not quite making it. The story felt more like a post-apoc than anything else, as Mary and Taylor attempt to survive in a world ravaged by disease.

The narration and characters felt a bit flat and two-dimensional, although I did appreciate certain things about them. Mary and Taylor were very dedicated to each other, even if they didn't tell each other soon enough, and some things could have been avoided if they had only known how the other felt. I especially loved hearing all the sweet things Taylor thought about Mary. How she was the sun in a world of gray. I still cared a great deal about them, and I was nearly pulling by hair out with worry at times. It was a simple story about finding love in a broken world. Not highly recommended, but I am glad I read it.