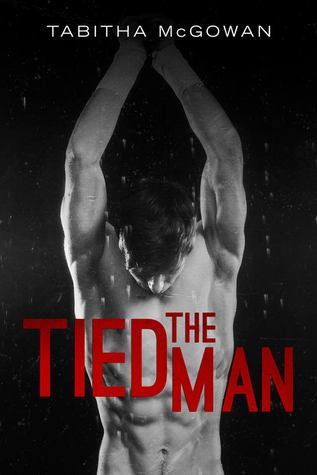 Lilith Bresson, an independent, successful young artist, is forced to travel from her home in Spain to the wild borderlands of northern England, to repay her feckless father’s latest debt by painting a portrait of the enigmatic Lady Blaine Albermarle.

On her first night at Albermarle Hall she meets Finn Strachan, Blaine’s ‘companion’, a cultured and hauntingly beautiful young man who seems to have it all. But Lilith has an artist’s eye, and a gift for seeing what lies beneath the skin. She soon discovers that Blaine is more gaoler than lover, and if the price is right, depravity has no limits.

As the weeks pass, Lilith finds that she too is drawn into the malign web that her patron has spun, yet against the odds she forges a strong friendship with the damaged, dysfunctional Finn. In a dark, modern twist to an age-old story, Lilith Bresson proves that sometimes it’s the princess who needs to become the rescuer.

Lilith Bresson is a famous artist who is commissioned to do a portrait for the rich English heiress, Blaine Albermarle. She is to stay at Blaine's exclusive private resort while she completes the portrait, which at Lilith's usual pace, could be as long as 6 months. But almost as soon as Lilith arrives she finds out that Blaine Albermarle is a completely psychotic sadist. Her "exclusive resort" is a House of Horrors where the rich and powerful come to play out their darkest desires. Blaine tries to force Lilith to participate in the festivities, hoping it will give her some leverage over her, but Lilith refuses. Blaine will not let Lilith leave the island however, and threatens to have Lilith's younger brother killed if she does. So Lilith stays to complete the portrait.

Also living at Albermarle House is Finn Strachan, an angelic young man who Blaine has forced to cater to the depravities of her clients for years, with a threat to the lives of his sisters hanging over his head. Almost every night he is strung up, beaten, raped, and who knows what else. All at the whim of Blaine's clients. And now, during the day, Finn has Lilith. “The summer I met Lilith Bresson, I had begun to die. Not physically, you understand. I had never been that lucky. But each day a little more of my soul disappeared.”


Blaine has forbidden Lilith from getting a "free sample" from Finn, but she doesn't stop them from spending time together. They begin to become each other's support, the only refuge in the storm. Lilith starts by simply checking on Finn in the morning, tending to his wounds, keeping his mind occupied with conversation or a walk, keeping him company in his garden, which was his only refuge before Lilith. She isn't forceful, she is just there for him. Which is surprising considering what type of person she was.

Before she arrived at Albermarle House, we see her mouthing off and swearing at everyone she meets. She is not a nice person and she is simply rude and mean. But somehow I still liked her. Under it all she still had principles. I never would have expected her to fall for such a broken man though. But Finn is simply a beautiful person, inside and out. He has incredible strength, and is a bit cheeky himself. I don't know how long he had been working for Blaine, but I think it was several years, and he is 24 in the setting of the book. But he was still alive and sane when Lilith found him. If only just barely hanging on to any will to live. Lilith saved him just in time.

Despite my rating of 10/10 on the smut-o-meter, most of the explicit content in this book is the violence, not the sex. There is sex, but it only feels more graphic because of its nature. It is mostly non-consensual BDSM, but it is not particularly descriptive. The amount of violence and sadism is shocking, but the actual sexual aspects are not detailed. Even the one scene between Lilith and Finn is short and vague. The violence that is added to the sexual scenes is what makes it all the more shocking. This is not a book that will turn you on. At least I hope not. “The momentary discomfort was nothing at all compared to the realisation that she was finding refuge in my flawed embrace.”


My only complaints about this book are the fact that Blaine's business seemed very sketchy. It is obviously illegal, but I mean it didn't seem to be run that well. How could she have gotten away with these activities for so long? Also, no matter how beautiful, Finn would not have satisfied all the clients. It seems a bit far fetched that practically everyone was attracted to him.

This book isn't an epic romance. The romance is slow, but strong. There are no declarations of love, no grand gesture besides risking Blaine's wrath for each other. They never once said the words "I love you", and there was only one consensual sex scene. But I loved their relationship because of the desperation. The need for each other in order to keep going each day. For the fact that in the end, they were each other's salvation. And I am glad to see that there is a sequel that shows us how Lilith and Finn are doing now. How they are surviving. Although, it probably could have been done in an epilogue.

“ I needed the haven that Finn offered more than oxygen.”