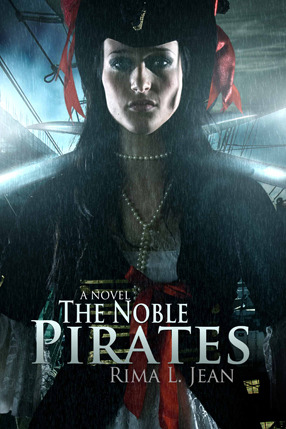 A vacation in the Bahamas goes awry, and a woman from 2011 unexpectedly finds herself in 1718 - amidst pirates. Sabrina is so consumed with her present-day problems that the last thing she expects is to suddenly end up face to face with real pirates. The notorious bad boys of the Golden Age of Piracy, Edward England, Howel Davis, and "Black Bart" Roberts, become Sabrina's means of survival in the past, and ultimately, her key to returning to the future.The catch? Sabrina happens to be carrying a book about pirates when she is swept into the past, and that book contains biographies of the very men she meets. She forms relationships with them and learns that, contrary to what she previously thought, they are sailors, servants, and slaves who were pressed into service, victims of social and historical circumstances of the era. When Sabrina finds herself falling in love with Howel Davis, a sailor who becomes a pirate out of desperation, she begins to wonder: Can she use her knowledge to change the past?

I loved this book! So much more than I expected. It was primarily a pirate adventure. Sabrina's love for Howel is strong. It crosses time and space and all that, but you really can't survive in the 18th century Caribbean unless you take the threats to your life seriously. Malnutrition, scurvy, malaria, other pirates, the Navy, pretty much everyone you meet. Most of the book focused on that. Survival and pirate activities. And I really, really enjoyed it. It made me think of Pirates of the Caribbean so much! It didn't help that Sabrina kept making Johnny Depp references. 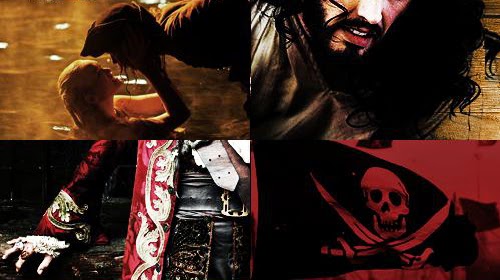 One of the things I loved most about this book is that it at least tried to be realistic. In the beginning, before Sabrina time travels to 1718, she is on a cruise with a friend who is reading a pirate Harlequin and Sabrina makes fun of her, telling her how real pirates were disgusting, disease ridden, and likely smelled foul. And once Sabrina has her first hand experience, she finds that it is all true. Even Sabrina's noble pirates, Edward and Howel. Sure, the book goes to the trouble to tell us that Edward has all his teeth, and Howel is good looking underneath all the dirt, but they are still pirates.

I really enjoyed Edward, he was so much more subdued than Howel, and it was cute how easy it was for Sabrina to make him blush. I really hope we get to see him again. If Sabrina is going to Madagascar, I imagine we will. And Howel was so awesome and larger than life. A nearly unstoppable pirate Captain, if not for his weakness for Sabrina. And a tad mysterious too. A pirate Captain doesn't have a lot of time to just sit around and talk to his sweetheart. A lot of her time consisted of watching him from afar. The romance was very slow to develop and there was no explicit content. They were having sex eventually, but it was always off-"screen". And, as I said, the romance was not the main focus of the story. But I was invested in it nonetheless.

I am confused about how or if Sabrina will be reunited with Howel, but I am thrilled to discover that the author is planning a sequel to this book. It must have much more adventure and an HEA!

"We are free princes now, and we have the authority to make war on the whole world, and this, my conscience tells me, is what we should do."