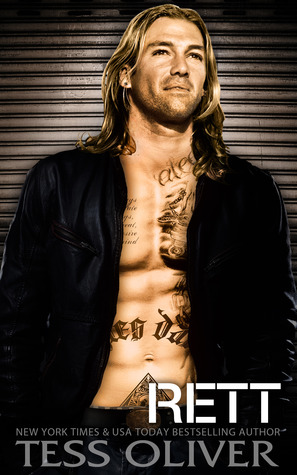 Genres: New Adult, Contemporary, Romance
Publication Date: May 28th 2014
POV: Alternating - First-person, Past tense
Smut-O-Meter: 8 out of 10
My Rating: 4 out of 5

Barrett "Rett" Mason has never found the one girl who can tame his wild heart. And sometimes life is just easier and less complicated without love. While working for Kingston Construction, Barrett becomes fast friends with the owner's son, Cole. They have one major thing in common-- their insatiable appetite for women. But when Barrett meets Cole's sister Finley, the easy, care-free, no commitment lifestyle he's grown used to suddenly loses its appeal. Now Barrett has met his match and the one girl who is just too damn impossible to walk out on.


For several years, Finley King has been a slave to the anxiety disorder that gripped her and kept her from enjoying life. Now with the support of her family, friends, and medication she is on the mend. But the one thing she lacks in her otherwise lush existence as a rock star's daughter is passion. Barrett Mason is about to change that...

I think this might be my second favourite book in this series. My favourite is still Freefall. I always loved Rett. He seemed like such a genuinely nice guy. He never set out to hurt or use women. And especially after he saved Aimee from the fire, I knew he was a winner.

I never really though about it before, that women and sex were Rett's talent. Nix has tattoos, Clutch has cars, and Dray has fighting. Rett has women and sex. But it made sense. It suited him. This was exactly how I always imagined Rett's more personal side to be like, even though we never saw it before. Rett was around a little less than the other men and I feel like we knew the least about him going into his book. But I always knew he was yummy and I was really excited about this book.

Although I never imagined Rett to look like this cover image before it was revealed. I've gotten used to it now, but I didn't know he had long hair. The way everyone was going on about him I imagine him prettier. He is definitely good looking, but way more rugged than pretty. And he looks a lot like his brother, which of course makes sense.

I already loved Finley from Strangely Normal, and she was great in this too. I enjoyed seeing more of her, and Some Pig. Some Pig is awesome. Minus the sexual appetite, Finley really is like a Disney princess. She sounds so amazing, like a person I wish I could be friends with. And she and Rett go so well together. When I first heard that Finley was going to be back as Rett's love interest, I was so excited. I could already imagine the chemistry they were going to have. And of course it turned out to be so much hotter than the other books, with some semi-explicit sex. As I said above, this suits Rett and should have been expected. But I hadn't been expecting it, since the first two books were pretty moderate, and I don't even remember there being any sex in Dray.

But the meaning of all this is that Rett and Finley are perfectly balanced together. Finley can direct Rett's previously unchecked passion, and Rett can ignite Finley previously non-existent passion. I think Rett may be my favourite of the lead males in this series now, even if I preferred Freefall over all because it had an engrossing story. I already miss Rett.

Is this series over? There are no more males I can think of to be featured. None that are part of the same close knit group anyway. Although I would read a book about Cole, and possibly Taylor's brother, Jason. He needs a better girlfriend.

“Having you around is like having a piece of the North star break off and drop to earth.”