POV: Alternating - Third-person, Past tense.
My Rating: 4 out of 5

Winning what you want may cost you everything you love.

As a general’s daughter in a vast empire that revels in war and enslaves those it conquers, seventeen-year-old Kestrel has two choices: she can join the military or get married. But Kestrel has other intentions.

One day, she is startled to find a kindred spirit in a young slave up for auction. Arin’s eyes seem to defy everything and everyone. Following her instinct, Kestrel buys him—with unexpected consequences. It’s not long before she has to hide her growing love for Arin.

But he, too, has a secret, and Kestrel quickly learns that the price she paid for a fellow human is much higher than she ever could have imagined.

Set in a richly imagined new world, The Winner’s Curse by Marie Rutkoski is a story of deadly games where everything is at stake, and the gamble is whether you will keep your head or lose your heart.

This book was great. It set itself up quickly and smoothly and instantly draws you into the world. It took a bit longer to get me attached to the characters, but nevertheless it did in due time. I really enjoyed the idea behind the story and Arin being Kestrel's slave. It really makes for an interesting relationship, and incredible strain on both of them. It reminded me a lot of the world of Tangled Web. I imagined them to look aesthetically similar, and they also both feature romances with slaves.

"Fifty keystones for a singer who refused to sing, a friend who wasn't her friend, some one who was hers and yet would never be hers."


I really enjoyed the narration, and the way things seemed to slowly be revealed. It could be the reason why it took me time to grown attached to the characters, although I was interested in the story from the beginning. I felt like it took time for Ketrel and Arin's true natures to be revealed, even through their own POVs, and it was almost hypnotic, as I waited for the small drips of information to be released. And in the end, they both turned out to be more incredible then I had expected.

Kestrel is so intelligent. She is one of those people who you never see coming until its too late. And Arin, he is incredibly brave and selfless as he fights for the freedom of this people and at the same time never forgets the needs of Kestrel. They are both incredible tacticians, and I wonder if the future will have them fighting with each other, or against each other. 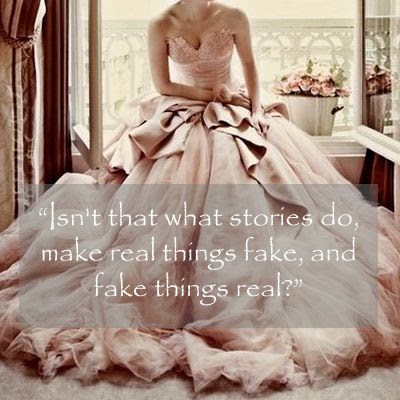 I enjoyed the first half of the book more for sure, because it was more about discovery and hope. But in the second half of the book, when everything is in the open, there is such a strong sense of betrayal and desperation. I have a hard time handling that sort of emotion, even in moderate doses. Luckily, I was able to look at the bigger picture and handle it. As long as the following two installments in the trilogy don't drag down my mood too much more.

The bigger picture that I see, is that Kestrel and Arin still love each other despite everything, and that makes it even more beautiful. It gave Kestrel the grounds to prove it by sacrificing her future for Arin's. And although Arin didn't have the opportunity to prove it on the grand scale that Kestrel did, he did prove it in small ways. And the way the story ended leaves us knowing that there is still so much more to come for Kestrel and Arin. I can imagine the scope the this will take, and the influence Kestrel and Arin will have on the future of their nations.

"The god of lies loves you."