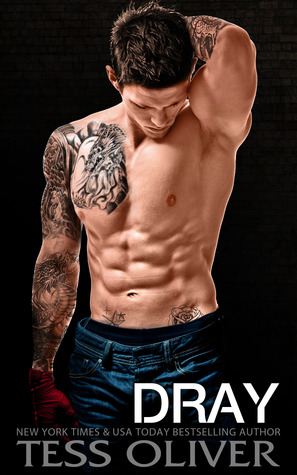 
When Cassie, the woman he loves, leaves him for a job in New York, Dray Warner finds his life falling apart. With nothing else to lose he takes up his friend, Barrett Mason’s, offer to head down to Mexico for some surfing and good times. But Dray’s conscience, hot temper and extreme fighting skills hurl him into a world of danger . . . a danger that could cost him his life.

Cassie Carlton was sure she was making the right decision accepting her dream job in New York. She and Dray had parted ways and while she remains heartbroken by the break up, she needs to move on with her life. But when Cassie learns that Dray is in trouble, she realizes she will sacrifice anything to save him.
_______________

I was never really interested in having a Dray book, since he and Cassie had been together for awhile and I didn't like Dray that much. I was hoping that this book would surprise me, but unfortunately I still don't really care for him. He is my least favourite of the group, including Barrett whose own book hasn't even come out yet.

Near the beginning of this book, Dray said to himself that he never let anyone see behind his walls, including Cassie, and I was hoping that would mean that he would let her in in this book. I was hoping that the story would be about Cassie seeing the real him and falling in love with him all over again, making their relationship deeper. But unfortunately it wasn't. For most of the book Cassie was in NYC and missing Dray. They only had a few scenes together and most of the time they just really missed each other and were thinking about how much they couldn't live without the other. I didn't really see anything new develop between them.

I also never really got them as a couple. They are such an odd combination. I am all for odd parings, but usually in life situation, not in personality. They just don't seem to blend well. I also would have expected Cassie to be with a "quiet artsy-type" life her friends in NYC always said. I have no idea what they saw in each other, besides Dray being hot. Although I could never be attracted to him because I cant get past his temper. And I have no idea what Dray saw in Cassie. She is a nice person, but I just can't imagine what someone like Dray would see in her.

But I still enjoy the characters enough to want to see Dray and Barrett get out of Mexico safely, and I enjoyed seeing Nix, Scottie, Clutch, and Taylor some more. They are great pairings that I can totally get behind, and I hope Barrett's will be great too. He is such a sweetheart I cant wait to read his book!
Posted by Rebecca