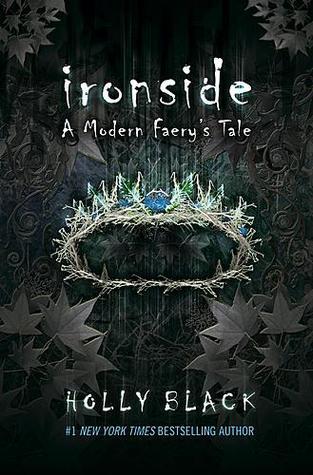 In the realm of Faerie, the time has come for Roiben's coronation. Uneasy in the midst of the malevolent Unseelie Court, pixie Kaye is sure of only one thing -- her love for Roiben. But when Kaye, drunk on faerie wine, declares herself to Roiben, he sends her on a seemingly impossible quest. Now Kaye can't see or speak to Roiben unless she can find the one thing she knows doesn't exist: a faerie who can tell a lie.

Miserable and convinced she belongs nowhere, Kaye decides to tell her mother the truth -- that she is a changeling left in place of the human daughter stolen long ago. Her mother's shock and horror sends Kaye back to the world of Faerie to find her human counterpart and return her to Ironside. But once back in the faerie courts, Kaye finds herself a pawn in the games of Silarial, queen of the Seelie Court. Silarial wants Roiben's throne, and she will use Kaye, and any means necessary, to get it. In this game of wits and weapons, can a pixie outplay a queen?

_______________
This wasn't as good as the first, but better than the second. It had an actual quest and adventure, like the first. But it focused mostly on Kaye, Corny, and Luis (a returning character from the second book), and not enough Roiben. He was around, but not prominent. And there was very little romance. No scenes like how the first book ended, or like when Kaye was enchanted and Roiben felt he took advantage of her. Its as if Black felt their romance didn't need to be focused on again since it got attention in the first book.

The most sexually charged scene was actually between two other characters, Corny and Luis. It was brief but you could tell it was heated. I wouldn't have been disappointed if I hadn't been misled by the fact that the first two books were fairly strong in the romance department. This book remains primarily a faerie adventure. In that sense it was very good. Lots of action and suspense and faerie politics.

I said in my review for Valiant that I didn't know whether or not Valiant was necessary to get the story of this one. Well, it wasn't. Although Luis was in this one, and a glimpse of Val and Ravus at the end, the story of the second was not relevant, and anything you would have to know about Luis was explained in this one. So you could read just #1 and 3, or just #2 alone.


“She knew what it felt like to tremble like that before touching someone -- desire so acute that it became despair.”