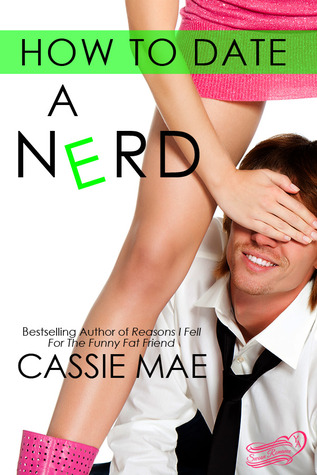 Zoe has a great pair of legs, perky boobs, and wears exactly what she needs to show it all off. She works hard for the easy sleazy ‘you only wish you were me’ reputation, burying who she really is—an all-out nerd.

The only time Zoe gets to be herself is when she hides under her comforter to read X-Men comics, sending jealousy stabs at everyone who attends Comic-Con. Keeping up her popular rep is too important, and she’s so damn insecure to care about the consequences. But when Zoe’s sister takes her car for a ‘crash and burn into a tree’ joyride, her parents get her a replacement. A manual. Something she doesn’t know how to operate, but her next door neighbor Zak sure as heck does.

Zak’s a geek to the core, shunned by everyone in school for playing Dungeons and Dragons at lunch and wearing “Use the Force” t-shirts. And Zoe’s got it bad for the boy. Only Zak doesn’t want Popular Zoe. He wants Geek Zoe.

She has to shove her insecurities and the fear of dropping a few rungs on the social ladder aside to prove to Zak who she really is and who she wants to be... if she can figure it out herself.

Although I was pretty frustrated with Zoe in the beginning, this turned out to be pretty good. Not as good as Reasons I Fell for the Funny Fat Friend, but better than Switched.

I hated Zoe at first because of the way she behaved at school. She may have been just pretending to care about nothing but fashion and boys and herself, but in the process she put herself before everyone, she hurt people's feelings and she was willing to do it, so that makes her a bad person for real.

Zak was a total sweetie pie who she did not deserve. I was making constant comparisons to Trevor from Geek Girl while reading this, but in the end I think I liked Zak more, although its been awhile so I'm not sure. Zak was such a nice person who gave Zoe so many second chances. Even after all the times Zoe hurt him and turned her back on him, he agrees to help her out and accepts her back again and again. He claimed to not have much forgiveness left in him if she failed him again, but he had already forgiven her more times than she deserved.

"I'd let it go because I knew it wasn't the girl at school under this blanket. It was my friend."


But I gotta admit they made a cute couple. When Zoe wasn't being a bitch and they were just hanging out, they could be pretty adorable. And I loved how Zoe described Zak playing with his lightsaber key-chain when he got nervous. That's so cool! I have a few Star Wars key-chains myself, but not a lightsaber one. :P I'd imagine its one that lit up.

I enjoyed Zoe's dramatic speech at the end. It was very much like a teen movie. Like Never Been Kissed or Easy-A. I think this would make a good movie. I wish her speech would have been longer though, and that she had said something about herself. The speech she made showed that she was willing to become the nerd she used to be again. But if she had said more she could have made it clear that she had never really stopped being Geek Zoe.

"I march right up to a table in the center of the cafeteria. People are sitting at it, but I don't care. I climb on top and look at my audience, which is now half the student body. Everyone is telling their friends to look in my direction, some already laughing, but most are gaping at me.
I unzip my jacket and toss it on the floor. Here I stand in my bright blue Superman shirt.
"The Star Trek franchise includes six series: The Original Series, The Animated Series, The Next Generation, Deep Space Nine, Voyager, and Enterprise, totaling 726 episodes..."


From reading the Acknowledgments at the end of this book, I would guess that Cassie Mae is a true nerd herself, but perhaps not a Whovian. She kept writing Doctor Who as Dr. Who, which is just wrong and doesn't make sense. A true Whovian would know that. But this book has encouraged me to continue reading more of her books. I love her writing and characters and humour, although I may not always like the weird twist she always has in her stories. But I am looking forward to reading How to Seduce a Band Geek because the male lead is Levi, a friend that Zoe made in this book. He was really nice and super hot. He always reminded Zoe of Zak and made her miss him. :P But Levi was a few years younger so it makes sense that he could be a love interest for her sister. Although Sierra was only 14 in this book. A few years better have gone by by book 2.

"His lips form words, but I don't hear them. His scent is intoxicating, pulling me under. Holy crap! I'm going to pass out!"