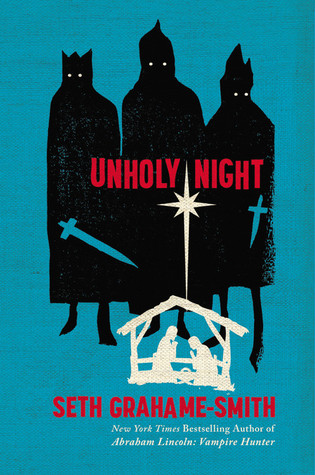 They're an iconic part of history's most celebrated birth. But what do we really know about the Three Kings of the Nativity, besides the fact that they followed a star to Bethlehem bearing strange gifts? The Bible has little to say about this enigmatic trio. But leave it to Seth Grahame-Smith, the brilliant and twisted mind behind Abraham Lincoln: Vampire Hunter and Pride and Prejudice and Zombies to take a little mystery, bend a little history, and weave an epic tale.

In Grahame-Smith's telling, the so-called "Three Wise Men" are infamous thieves, led by the dark, murderous Balthazar. After a daring escape from Herod's prison, they stumble upon the famous manger and its newborn king. The last thing Balthazar needs is to be slowed down by young Joseph, Mary and their infant. But when Herod's men begin to slaughter the first born in Judea, he has no choice but to help them escape to Egypt.

It's the beginning of an adventure that will see them fight the last magical creatures of the Old Testament; cross paths with biblical figures like Pontius Pilate and John the Baptist; and finally deliver them to Egypt. It may just be the greatest story never told.

I found this book strangely moving. It was my first Seth Grahame-Smith book and I didn't know what to expect. Although there was some humour, I thought it would be more 'out there', and ridiculing the whole story. But really he just expanded on the story that already exists in the Bible, filling in the blanks with his own ideas. There was very little that was altered from the original story, mostly just the timeline and a few other details (Mary and Joseph met Simeon in Jerusalem not Hebron, Jesus only forgave one of the criminals crucified with him not both). I am a Christian myself so I am quite familiar with the story. 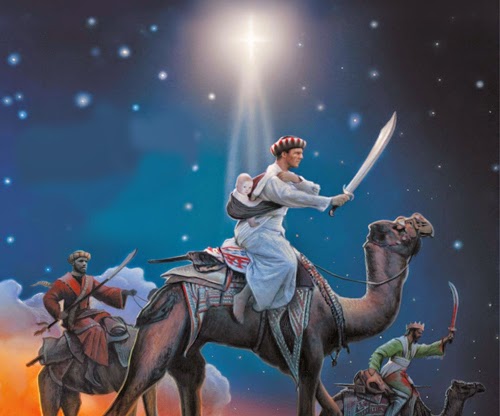 Although I am a Christian, I am not an overly sensitive Christian, so I decided to read this thinking it would be a bit of fun. But that's not why I ended up enjoying it at all. I don't know what Grahame-Smith intended, if he has a positive or negative view of Christians, but I actually found this motivational. I love the way God brought them through everything, and how changed Balthazar was in the end.

For those who don't like the idea of a Christian book, it reads mostly as an adventure; a great, violent, historical adventure with supernatural elements that could be considered mythology. It also has the feel of a high fantasy at times, with the many sword fights, dungeons, and evil kings. I definitely recommend it for fans of fantasy and adventure.

Balthazar was the only character that we really got to know, but I really felt for him, and I actually cried three times throughout this book. The last time was in the epilogue. It was such a clever and satisfying ending. I love the way Grahame-Smith used real historical events to accent the story, as he did in the epilogue, and I imagine it is the same in Abraham Lincoln: Vampire Hunter. Although I am not very familiar with American history so I may not be able to appreciate the work once I get around to reading that one.

Despite all the violence, I would consider this a 'feel good' book. I feel uplifted, but also impressed. Very smartly done.