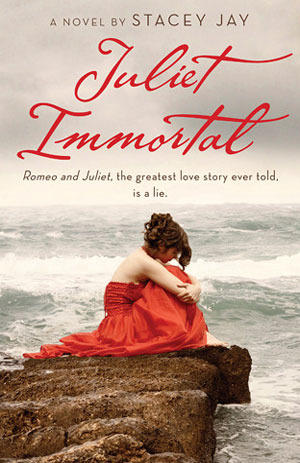 The most tragic love story in history . . .

Juliet Capulet didn't take her own life. She was murdered by the person she trusted most, her new husband, Romeo Montague, a sacrifice made to ensure his own immortality. But what Romeo didn't anticipate was that Juliet would be granted eternity, as well, and would become an agent for the Ambassadors of Light. For 700 years, she's fought Romeo for the souls of true lovers, struggling to preserve romantic love and the lives of the innocent. Until the day she meets someone she's forbidden to love, and Romeo, oh Romeo, will do everything in his power to destroy that love.

I really didn't expect to enjoy this as much as I did. I am usually not a fan of retellings. But this book was crazy intense! As you can probably guess from a book that deals with love and death. And all the supernatural elements were almost overwhelming. It was one of the most surprisingly original books I have read in a long time. Just change the names from Romeo and Juliet to something else and you wouldn't even be able to tell it was a retelling. If you love YA romance with intense emotions and life or death situations, this is for you!

I also love all the characters. Ben most of all, of course. I love a guy with a protective temper. And Juliet. And Ariel, even though we hardly got to know her, but we saw the life she lived through Juliet. And Romeo. I could not stop myself from falling for Romeo a little bit too, even though he is a psychopath. His life had just been so sad and miserable. He was a tad pathetic at times but I cant really blame him after everything he's been through. Maybe I should be blaming him, but I don't. 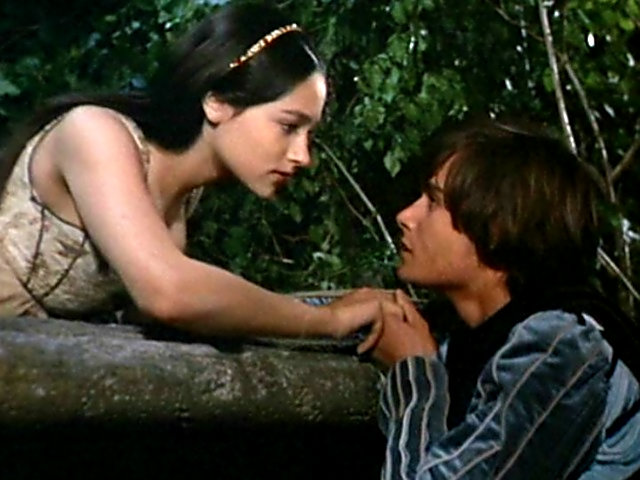 But there were several things I didn't understand. Why didn't Nurse appear to explain things to Juliet earlier? When she finally did, she said it wasn't happening quickly enough, and I still don't know what she was talking about or what Juliet was suppose to be accomplishing. And then Nurse showed her how she died the first time, and I don't understand what really happened. What were the circumstances surrounding her death and how did she end up in the tomb? Why was Romeo pretending to be dead and what did he expect to happen?

The ending was good but not perfect, but maybe I am being too picky. They were better off where they ended up, where no one knew where they were and no one was after them. But I wish things could have been different where Ben is concerned. And I guess that might be another thing that I didn't fully understand. What exactly happened to Ben? Was that the same person? They had a lot of chemistry throughout the book, but I think they hit it off a little too quickly in the end. It felt forced compared to the first time they met in Ben's truck, where you could really see the sparks flying. But I guess that moment isn't everything. I have the proof of all the book up to that point that they are meant to be. There is no denying their chemistry, Ben's intensity, or Juliet's pure devotion. And I cannot wait to see more of this world in Romeo Redeemed and more of the great supporting characters.

"I don't care if I'm not the first." His head tilts and his lips move within a whisper of mine. "As long as I'm the last."