Hearts in Darkness by Laura Kaye 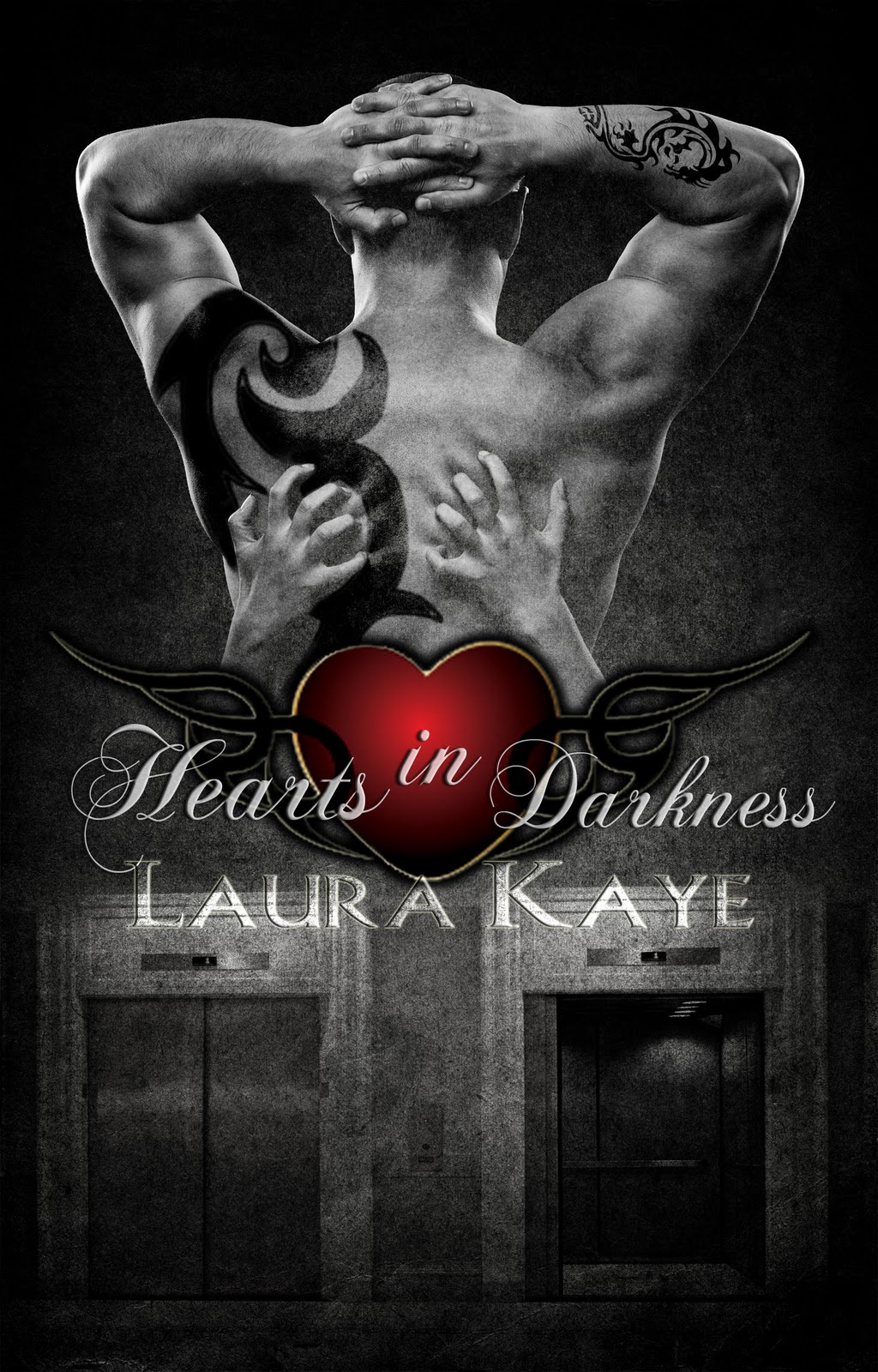 Makenna James thinks her day can't get any worse, until she finds herself stuck in a pitch-black elevator with a complete stranger. Distracted by a phone call and juggling too much stuff, the pin-striped accountant caught only a glimpse of a dragon tattoo on his hand before the lights went out.

Caden Grayson is amused when a redhead literally falls at his feet. His amusement turns to panic when the power fails. Despite his piercings, tats, and vicious scar, he's terrified of the dark and confined spaces. Now, he's trapped in his own worst nightmare.

To fight fear, they must both reach out and open up. With no preconceived notions based on looks to hold them back, they discover just how much they have in common. In the warming darkness, attraction grows and sparks fly, but will they feel the same when the lights come back on?
_______________

I was still very impressed with the result. I was able to accept what was happening, and enjoy it. Logically I question whether someone could fall in love after a few hours talking in an elevator, but Laura Kaye convinces me. MaKenna and Caden were so perfect for each other, and needed each other so much that fate brought them together. The book never claimed it was fate, but I am, because it was just too perfect of a coincidence. Their bond grew at a pace that was believable and beautiful, and led to an amazing climax (pun totally intended).

I usually dont read erotica, and those scenes are usually not important enough for it to matter to the story. But in this it was the climax of the story and it was really important to MaKenna and Caden. It was everything that their talking and the whole of the book had been leading up to. It revealed so much more about them through all their thoughts, and a bit of conversation. Most importantly it revealed what they really wanted from each other, and it wasnt just sex.

With a sleepy smile and a full heart, he turned his head and kissed into her soft hair. “Aw, Red. I love that elevator, too.”