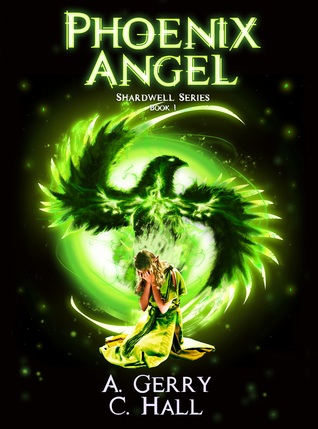 What is happening to us? I’ve asked this question a thousand times, but there is no answer.

I was a normal teenager, trudging my way through senior year with my best friend. Then a boy named Kyle Spencer came to Idaho Falls, and since then everything has fallen apart. Something mysterious has passed among the three of us. We’ve developed terrifying abilities—strange powers that separate us from normal people.

Even worse, someone—or something—has taken a deadly interest in us. We never know when they are going to strike, or how to protect ourselves. We don’t even know who they are.
All we know is that they want one of us alive, and we don’t know who. The others they want dead.

Which will I be?

I thoroughly enjoyed this book! At first I thought it seemed was familiar, just with enough differences to keep me hooked. But by the end I realized that it was actually like nothing I have read before.

It starts out as a normal high school paranormal romance. Strange things start happening to beautiful Maggie. Things she can't explain. Then a hot new guy shows up at school. This is when the guy would usually tell her that he can help her understand what's been happening to her. But he doesn't. Kyle is actually as confused as Maggie. After they meet he starts to develop super-human strength and speed. They try to make sense of their new world together, along with Maggie's best friend, Lily.

One of the things I loved most about this book was Maggie. She was like no other heroine I have read. Somehow I could still relate and understand her even though she was a complete bitch. She didn't accept crap from anyone. I have never had trauma in my life like Maggie, but I am extremely emotional and sensitive, so I can understand just needing to keep people out. And I was bullied in school so I admire her and wish that I had had the strength to fight back.

The book had alternating POVs between Maggie, Kyle, and Lily, but the focus was mostly on Maggie and Kyle for the first half, their tumultuous romance, the push and pull, and Maggie struggling to get over her bitterness enough to care about someone again. If this were a contemporary romance, that story alone would have been enough to keep me hooked. But that’s far from all there is to Phoenix Angel.

In the second half of the book, there are still POVs from Maggie, Kyle, and Lily, but the focus switches to Lily, and Carter is added to the mix. When Carter meets Lily, he develops powers as well, and now the four friends have to help each other, and avoid the mysterious figures that start appearing. I loved the feeling of the group working together, facing the unknown. As things become more dangerous for them with each passing day, we realize how much we don't know about them. Until the end, when worlds collide and they are forced to face their pasts. They aren't all who they seemed and friends and lovers could be torn apart.

The writing in this is absolutely amazing. It is beautiful and descriptive. When I first started the book I thought it was pretentious. But that was probably just because I had got used to the juvenile writing in most of the books I have been reading lately. At first I was stumbling over the big words, but after I got used to it I was loving the imagery and flow. Its hard to believe this is Amanda Gerry and Christy Hall's first book. The only other problem I had was with the cover. It was really confusing and I spent most of the book thinking I might have gotten the wrong book, or that it had been put in the wrong binding. The cover makes more sense after reading the second book, but it doesn't suit the first book at all.

Phoenix Angel has elements of contemporary and paranormal romance, as well as parallel-world fantasy. If those sound like the kind of genres you would enjoy reading, I really recommend this book!

“Sacrifice and devotion do not inherently save those you love; sometimes their chosen path will lead them past any hope of redemption.”