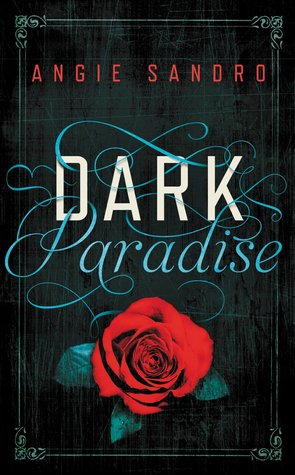 Mala LaCroix has spent her whole life trying to escape her destiny. As the last in a long line of "witch women," she rejects the notion of spirits and hoodoo and instead does her best to blend in. But when she finds a dead body floating in the bayou behind her house, Mala taps into powers she never knew she had. She's haunted by visions of the dead girl, demanding justice and vengeance.

Landry Prince has always had a crush on Mala, but when Mala discovers his sister, murdered and marked in some sort of Satanic ritual, he wonders if all the rumours about the LaCroix family are true. Yet after Mala uses her connection to the spirit world to identify his sister's killer, he starts to form his own bond to her . . . a very physical one. As they move closer to each other and closer to the truth, Mala and Landry must risk everything—their families, their love, and even their lives. I really did not enjoy this book. At first I enjoyed Mala and Landry, but the story just did not draw me in at all. The magic was introduced really oddly, and I hated Mala's mother and George, both secondary characters to Mala and Landry. I hated the whole town and how they ostracized Mala because of her mother's reputation. It was all really infuriating.

Mala and Landry's relationship was odd and seemed to progress in awkward jerking motions. At first they seemed to not get along very well, and then suddenly they are making out and I was like, "Whoa! What's going on?" But then they start yelling at each other again. But I still like them as individuals and as a couple. Landry was extremely troubled by his home life, but still funny and cocky. And Mala was pretty spunky and I love my heroine's with spunk. And they seemed to calm each other and help them deal with all the shit in their lives.

But all the shit in their lives still refused to leave them alone, and their families could not accept their relationship and it got in the way. Unfortunately it left Mala and Landry torn apart and introduced a love-triangle in the end, which really makes me angry, especially since I hated George. Although the book featured alternating POVs between Mala and Landry, so I am fairly certain that she will still end up with Landry in the end. But I don't think I have the energy to continue with this series.