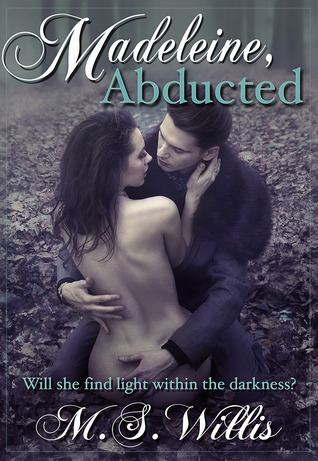 She was meant to be his destruction…
A pawn played in a perilous game between father and son…
Yet, her strength was more than either man could imagine.
As Maddy learns to save herself…
She becomes the one thing that could set the son free.

Madeleine Clark was raised to become a concert cellist. Sheltered and naïve, she remains hidden behind her music, a protection from the world around her. On the night of her first solo performance, Maddy accepts the admiration of a stranger and finds herself captive in a cruel and twisted power struggle between a sadistic father and his son, Aaron.

Seemingly dangerous and uncaring, Aaron manages the business operations of his father’s estate. Wanting nothing to do with the slaves kept at the Estate, Aaron refuses to take part in the deeper depravities of his father. Despite his resistance, Aaron’s father ‘gifts’ him with a petite, brunette woman he can’t refuse.

A bond forged in conspiracy and deceit, Aaron struggles to save Maddy by teaching her to survive in the world in which he’d been raised. An unlikely union, Aaron soon learns that great strengths can exist within small packages, while Madeleine learns that love and light can exist in the darkest of places.

This book grabbed me by the horns and would not let me go, and still hasn't.Instantly, I was captivated and amazed by Maddy as a character. The strength she had, despite being a small, shy woman, as she woke up to find herself naked and chained to a cot in a strange, dark room. She didn't scream and despair, she didn't panic. She held herself together long enough to discover that there was a hidden light in the darkness.

"...he'd been left with no choice but to turn his own angel against him, to treat a treasured jewel as nothing more than filth scraped across the bottom of his boots."


Aaron was a man lost. Lost in his own darkness. Lost in the life of crime that was forced on him by his father. You could see that he was fighting the life that he had been dealt. Like another Aaron, his father sought to corrupt him, and although he revelled in the control and violence of his position in his father's organization, he had limits. Lines he refused to cross. He wouldn't let his soul be wholly lost.

Aaron has never brought a woman that he could care about into his life, knowing how he would corrupt her. Knowing how his father would use her against him. But, when Aaron shows special interest in the beautiful concert cellist Madeleine Clark, he unwillingly gives his father the tool to control and destroy him. But what his father didn't know, was that by bringing Madeleine and Aaron together, he had also given them both a reason to fight, to face down death and become lions. "There was light in him, one so bright it could illuminate the entire night sky if only it wasn't covered over by the shadows of his darkness."


The writing and dialogue in this book is beautiful, but you should be warned of the darkness you will find. It is full of abuse, inhumane degradation, and violence; but above all, the strength of the human spirit and enduring love. But the violence did almost overshadow the beauty of this story near the end. It is the reason for the missing half a star. I'm talking about graphic disembowelment, dismemberment, and beheadings. I knew to expect more violence for the climax of the story, but I didn't expect it to be that strong. It was much more than I would have wanted, or what I was comfortable with and it really turned me off for a few moments. But before that I was convinced it was going to be a 5-star book. I still feel like it deserves a 5-star rating rather than 4-star, though.

A bonus point for this book, is that the scene on the cover actually did happen. Its rare that they have such exact representations on book covers. I highly recommend this book for fans of dark and intense romance. You wont soon forget it.

"Through her strength and her bravery, Maddy had not only saved herself, but also Aaron: By opening her eyes and discovering that hidden deeply within the recesses of the executioner's soul, there was goodness, there was compassion, there was love and there was honor; but above it all...deep within the infinite darkness...there was light."