The Fires of Heaven by Robert Jordan (Wheel of Time #5)

The bonds and wards that hold the Great Lord of the Dark are slowly failing, but still his fragile prison holds. The Forsaken, immortal servants of the shadow, weave their snares and tighten their grip upon the realms of men, sure in the knowledge that their master will soon break free...

Rand al' Thor, the Dragon Reborn, knows that he must strike at the Enemy, but his forces are divided by treachery and by ambition. Even the Aes Sedai, ancient guardians of the Light, are riven by civil war. Betrayed by his allies, pursued by his enemies and beset by the madness that comes to the male wielders of the One Power, Rand rides out to meet the foe.

I enjoyed this book more than the last one. I suppose I may have simply gotten used to the Aiel, but I think that it is because they weren't focused on as much, even though they are always there. The Wise-Ones are by far the worst thing about this whole series, and trying to tolerate them is a chore. Also Aviendha and Egwene, although I am beginning to hate Egwene even more than Aviendha. 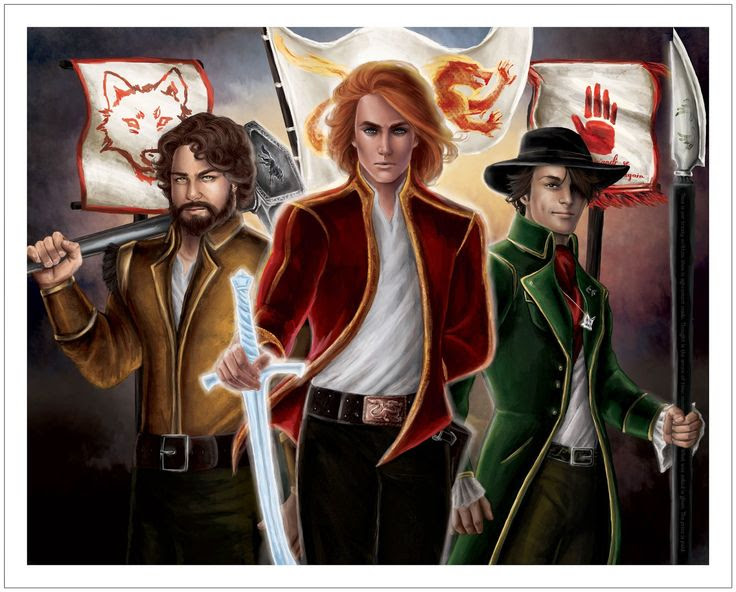 The women in this series are all ridiculous. They seem so hateful. Its not quite hate, but they just don't seem to like anyone. I can't stand any of them except Min, Moiraine, and Nyneave. Min is kind and brave. Moiraine is refined and strong. Nyneave is unrepentant and a force to be reckoned with.

But the men! Goodness the men! Perrin is a true hero and his wolves are bad ass. Mat is a reluctant hero but he is so charming he makes me tingle. :P And Rand is magnificent. There really isn't a better word for it. He is magnificent! Although unlike Mat, my feelings for him are completely platonic. I love him like I love the adult Ender and Colin Morgan's Merlin. Which is to say, a lot!

I love all the intertwining stories and seeing how they are all coming together, and how characters cross over and join a different side story. You never really know who is going to pop up next and where. Although I missed Perrin in this book. [And I am going to miss Asmodean. Why is it that I liked one of the Forsaken so much? I don't know. But I am so sad that he died. More sad than I am about Moiraine because I know that she will be back.]

I love how each book in this series ends with a climactic battle. It keeps it exciting but also keeps the story moving forward. There is constant progression as Rand defeats one obstacle after another and sweeps across the land. I am so glad that there was only one book that dropped to 4-stars before going back up to 5 and I really can't read this series fast enough!

“We'll toss the dice however they fall,

And snuggle the girls be they short or tall,

To dance with Jak o' the Shadows.”