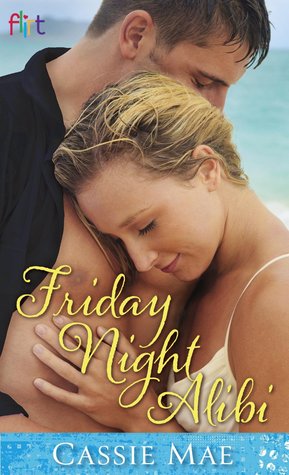 In the wealthy town of Sundale, Kelli Pinkins has hatched the perfect plan to capitalize on her sweet reputation. For a generous fee, she will be every trust-fund baby’s dream: a Friday-night alibi, the “girlfriend” or “BFF” that parents dream about. With college approaching in the fall, Kelli’s services are in demand more than ever, which means that her social life is nonexistent. But Kelli is A-okay with that. She’s raking in cash for school. Besides, relationships are tricky, and sometimes very messy. She’d rather be at home on Xbox LIVE, anyway. Then the unexpected happens: She meets college stud Chase Maroney.

Chase isn’t like the preppy, privileged guys Kelli usually meets in Sundale. For starters, he’s twentysomething, always wears black., and he shoots back one-liners as fast as she can dish them out. But Kelli’s attempts to drive Chase away falter when she realizes that he treats her like he really knows her, like he cares about knowing her. When Kelli finally gives in to the delicious kiss she’s been fighting for so long, she faces a tough decision: make Chase a real-life boyfriend and risk her heart... or keep her clients and lose her first true love.

It took a while for this one to grow on me, but in the end I really loved it. I enjoyed the whole scenario with Kelli's alibis. It was an interesting and unique story. I also really liked Kelli and felt a lot of sympathy for her. Her parents were ridiculous and she had been alone for so long, she turned to drastic measures to find a place for herself in her stuck-up town. She was also really fun, and I really loved Sades. They were a cute BFF pair.

I had trouble getting pulled into this story because I really didn't like Chase for the longest time. Kelli kept going on and on about how he was a perv and really egocentric. I thought she was sort of exaggerating that, but I did find him super annoying and lame and immature. It probably took me until about 70% before he started growing on me, and a good portion of my feelings for him are pity.

I feel like we never really got to know him well enough, just like Kelli kept pointing out. They just made out all the time, and in the end when Kelli finally decides she wants more, she asks him about his brother, but nothing else. I still feel like we didn't get to know him enough to really be able to understand his behaviour. He was so annoying in the beginning and it doesn't make sense to me now. But they were still super cute and I loved seeing them together eventually. I loved how he was so head over heels for Kelli. Even in his super awkwardness, he was kind of cute, in a way.

As with Switched, this felt like a YA, not an NA. The characters just didn't seem to be on the maturity level of NA characters, and it didn't cover anything that needs the NA label. But overall I was very happy with this book. I enjoyed reading it from the beginning even when I wasnt 100% invested in the characters yet. It was still funny and had a super cute ending so it gets my seal of approval.

"He's not saying anything, but in a way, he's saying everything. That he's in just as übergooby love as I am."