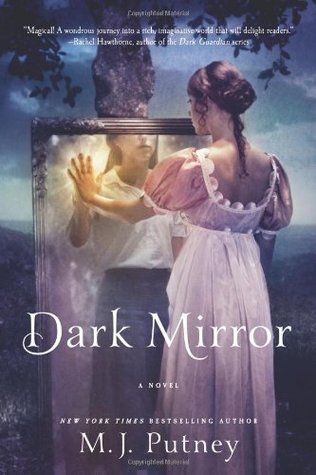 Lady Victoria Mansfield, youngest daughter of the earl and countess of Fairmount, is destined for a charmed life. Soon she will be presented during the London season, where she can choose a mate worthy of her status.

Yet Tory has a shameful secret—a secret so powerful that, if exposed, it could strip her of her position and disgrace her family forever. Tory's blood is tainted . . . by magic.

When a shocking accident forces Tory to demonstrate her despised skill, the secret she's fought so hard to hide is revealed for all to see. She is immediately exiled to Lackland Abbey, a reform school for young men and women in her position. There she will learn to suppress her deplorable talents and maybe, if she's one of the lucky ones, be able to return to society.

But Tory's life is about to change forever. All that she's ever known or considered important will be challenged. What lies ahead is only the beginning of a strange and wonderful journey into a world where destiny and magic come together, where true love and friendship find her, and where courage and strength of character are the only things that determine a young girl's worth.

I really enjoyed the writing in this, and the pace was so fast which I think had something to do with why I finished it so quickly. Every chapter starts right in the action and there is no time wasted. The story was very unique, although rather short. And I really enjoyed the female lead, Tory. She wasn't too ordinary, but she was still relatable and genuine. There was this awesome moment where Tory started to realize that the tall, dark, and handsome stranger was giving her too much attention, and instead of blushing and getting all flustered, she said, "Is it my imagination, or do you often watch me in a way that is not casual?" Haha, I love her for that! She is so gutsy.

The main downside to this book is the romance and the romantic interest, Allarde. He catches her eye almost immediately and we know that that is the setup to making him the romantic interest of the book. But then it takes several chapters before they meet, and then they have very few interactions. Their relationship doesn't start to develop until over half way through the book. But that isnt a bad thing if you're not reading it for the romance.

It focuses mostly on Tory's adventure for the first half, and that's okay. Once the romance does start, it is sweet, but underdeveloped and rushed. As is Allarde. I don't feel like we really know him as a character, only as an extension of Tory. But, Allarde has potential and I look forward to discovering his character more in Dark Passage.


“If death is inevitable, one should try to die well.”