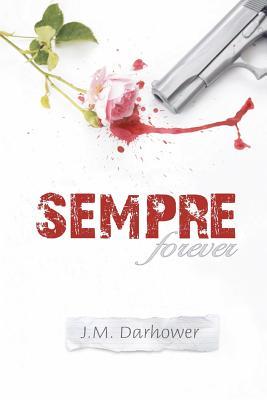 Haven Antonelli and Carmine DeMarco had vastly different childhoods. Haven, a second-generation slave, grew up isolated in the middle of the desert, her days full of hard work and terrifying abuse. Carmine, born into a wealthy Mafia family, lived a life of privilege, never having to answer for anything he did.

Both now seventeen, a twist of fate causes their worlds to collide, making them question everything they ever believed. Entangled in a web of secrets and lies, they learn that while different on the surface, they have more in common than anyone would think.

For the first half of this book I was totally in love. I loved Haven's story; where she came from, how she survived, where she would go from there. I am very fascinated by the psychology of surviving trauma such as slavery. That might be a somewhat insensitive way of looking at it, but I am always impressed by people who can come out of it and continue living their lives, even though they will need help at first. And Haven is definitely one of those impressive people. And then there is Carmine. I loved him instantly. Somehow his foul mouth made him endearing to me. I usually hate foul language but Carmine was so over-the-top with it that I could tell it was a form of protection for him. A shield. It made it instantly clear to me how much he was suffering, although, at the time, I didnt know what he was suffering from. I just wanted to wrap my arms around him and tell him everything was going to be ok.

The first half of this book was one of the most beautiful and intense YA romances I have ever read. Although some of the content gives this a NA rating, most of Carmine and Haven's interactions felt very YA, and that is not a bad thing at all. They are only 17. They are so young but have already suffered so much and they understand each other so well because of that. Their age sometimes shows in the way they behave with each other but it just makes it all the more amazing that they can be so dedicated to each other.

I loved seeing their romance develop and I could see and feel their connection. And I could see them saving each other daily. It was a great love story between such amazingly broken but strong people. I was totally in love with both of them and the book. And I would have remained so if it had ended somewhere not long after Valentine's Day. If this book had taken out most of the mob story and had simply been a romance about two people with vague connections to it, I would be singing it's praises. It actually wouldn't be that hard to change. Everything that happened in the second half of the book wouldn't have happened, and there could have been an HEA.

I was really disappointed that this book started to drag in the second half. It was sooo long. I don't have a problem with long books if I am enjoying it, even if not a lot happens. But the second half of this book felt like things were just unnecessarily getting stretched out. And to think that there is a sequel. I will not be reading Sempre: Redemption, which really saddens me. But I already feel like this story has lived past its prime, and reading a sequel would be like kicking a dead horse. I don't see how this story could be continued, besides giving it the ending this book deserved to get. What a roundabout way of getting there. Haven and Carmine's story could have been a quarter of the length. I have as much interest in reading the sequel to this as I do in reading the sequel to Noughts & Crosses. Now that is a painful book. I'm not a masochist.

So I am not really sure who to recommend this book to. Fans of the intense young love, or fans of the suspense and violence of the second half of the book? I suppose you can decide for yourself and I hope I was able to help.

“Grabbing her hand, he pressed it gently to his chest. His skin was warm to the touch, and she could slightly feel his pulse pounding against her palm.

“Do you feel that? I’m not going anywhere, Haven. This is yours.”