Winter's Heart by Robert Jordan (The Wheel of Time #9) 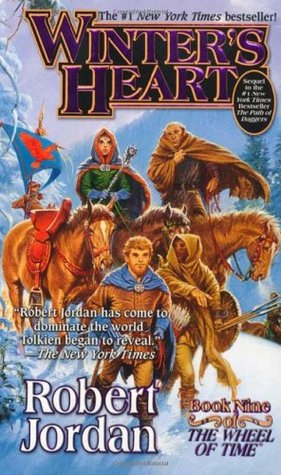 Rand, with Min, is on the run, and Cadsuane, in Carhien, is trying to figure out where he is headed.

Mazrim Taim, the leader of the Black Tower, is revealed to be a liar. Faile, with her companions, is a prisoner of Sevanna's Sept.

With Elyas Machera, Berelain, the Prophet, and an "army" of disparate forces, Perrin is moving through country rife with bandits and roving Seanchan.

In Ebou Dar, the Seanchan princess known as Daughter of the Nine Moons arrives. In Tar Valon, the schemers and counter-schemers in Elaida's White Tower are shaken to the core when the rebels appear suddenly outside the walls.

This book was very eventful. Several major events that I knew were coming finally happened in this book. And I was so happy to see Mat again. He was not in the last book at all, and it took half of this book before he showed up. But once he did, a lot happened. The story in Ebou Dar ended up being my favourite, from anyone's POV.

I was happy to finally meet Tuon and she was not what I expected. She is a strong woman, like all the others in this series, but she is so young. I am curious how that will effect things. Will it make her easier to handle or harder? The other women in this series are all difficult. We last saw her, Mat had just realized that she was the Daughter of the Nine Moons, so I don't really know what to expect. His initial reaction was strange. 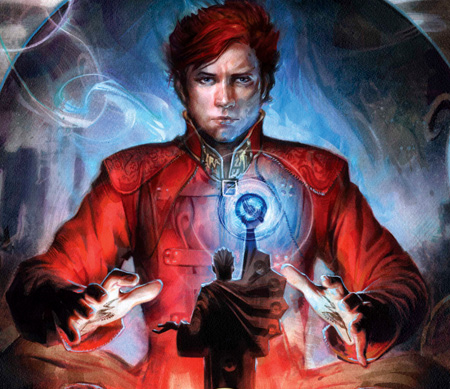 And I still love Rand. As uncomfortable as I am with his relationship with Min, Elayne, and Aviendha, I try to just ignore it. He spends most of his time with Min anyway, who is my favourite of the three, so I try to not let it bother me, because I love Rand so much, as a character and a hero. He has been trough so much, and it all effects him so strongly. He does what he must even as each action makes another mark on his soul, and each death turns him a little more to stone. But the incredible thing is that he knows what it will do to him, and he does it anyway. He is sacrificing himself a little bit at a time, for the sake of the world. And so far it is working. He has done such incredible things, and I admire him so much. Mat is my book boyfriend of this series, but Rand is my hero.

After 9 books, this is still the most epic story I have ever read. I don't know when this series is suppose to start dragging, but I can't believe it will. I heard one reader say they stopped after book 10, so I suppose I will just have to wait and see. But I will not stop with only 4 books left. That would be incredibly lazy. I don't expect to ever stop loving this series, world, and characters, but I will finish this series either way.