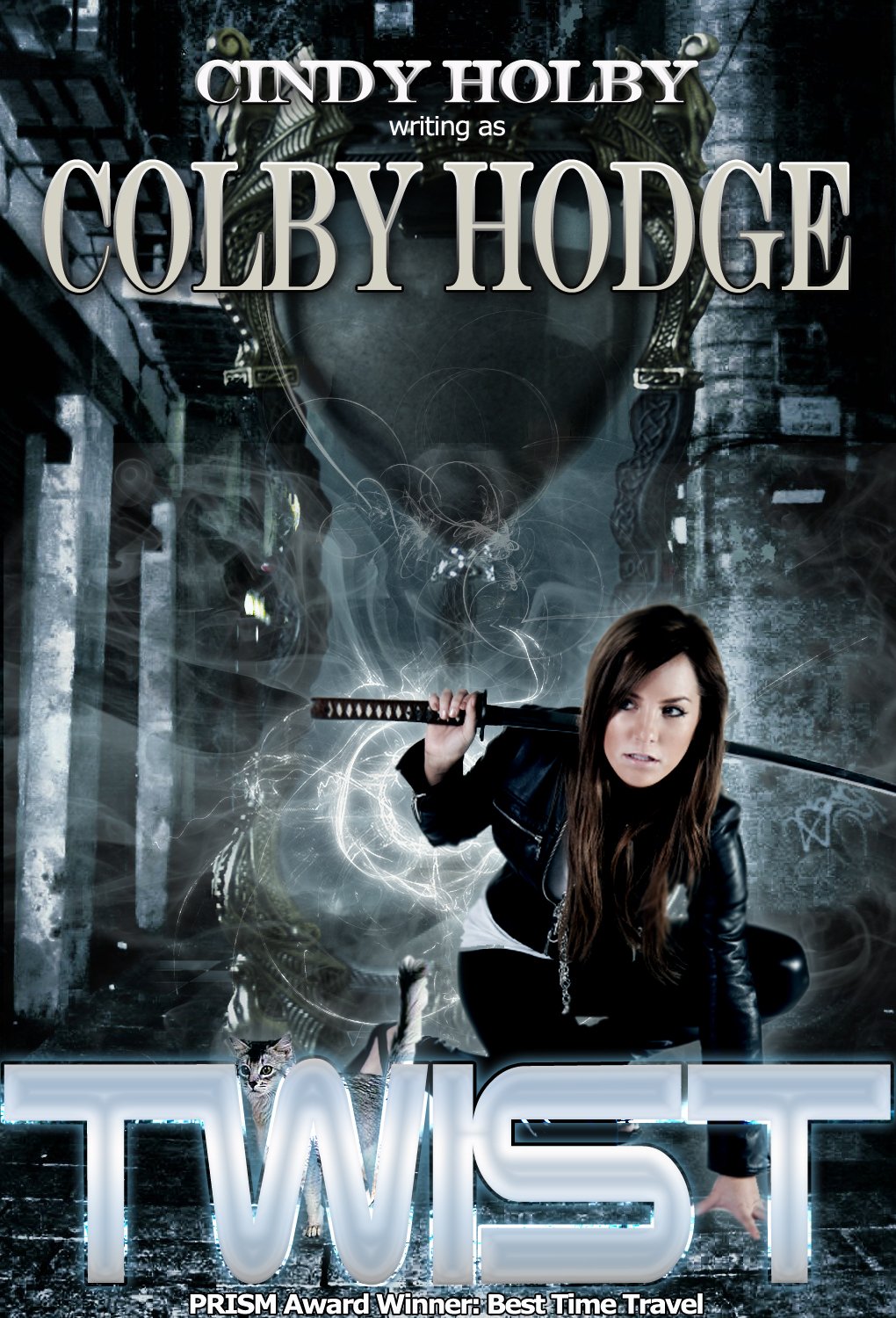 Abbey Shore never intended to be the savior of the world; it was just something that happened—like her father's tragic death and the fact that she's now poor and "flipping"houses in the Chicago suburbs to finish college. And there's more: behind a crumbling wall in her current renovation, a swirling vortex hides. It's a gate, a portal—and it will not only cast her into the arms and power of the enigmatic yet doomed Dr. Shane Maddox, but also into the clutches of Lucinda, the eerie, leather -clad beauty who shadowed his every move in the Sacred Heart ER. Abbey will soon be one hundred years in the future, in a dying land filled with roving bands of humans fighting for survival, and the "ticks" against whom they fight. Oh yes, Abbey's life has had a Twist.

The cover on this kind of turned me off at first. But one of my RL friends recommended it to me and she lent me her copy, so I really had to read it. And I am glad I did! Ignore the cover. This reads like any other YA paranormal romance.

This is one twisted book! No pun intended. Its a romance/post-apocalyptic/alien invasion/time-travel/vampire/ninja book. The story was a combination of pretty much everything you can think of, which actually made it feel incredibly original. And it had almost endless movie and TV references. The main character even named her cat Jayne, after Jayne Cobb from Firefly. A nice tense, action-packed story with great romance.

I enjoyed the fact that their relationship was slow to develop. Very fun to read. It was obvious they wanted each other from the beginning, but being a life-sucking alien-spawn puts a damper on things, and it took forever before he finally gave in. And he still couldnt do it without her persuasion, which is one of my favourite parts of the book, her pleading. You gotta love when a guy doesnt wanna hurt a girl and she doesnt care. Haha, that part maybe isnt so original, but surrounding circumstances still were. Such as, it wasnt a matter of self control, no amount of love would control him. In the end, he does hurt her and she has to leave him. Sort of. ;)

The dialogue between the two did sound a bit juvenile at times, but that is my only complaint, and it was only sometimes. Also the ending is, in a way, bittersweet.