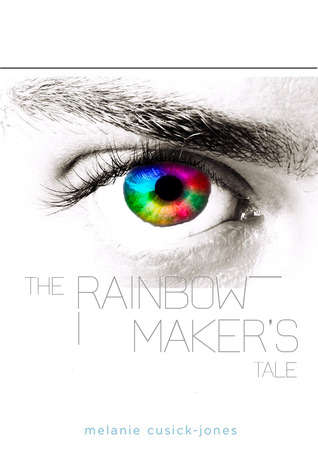 “I wasted no time looking around the bland plastic space I had lived in all my life. There were no real memories here for me, no cherished moments or things to reminisce over: all that had stopped when I was eight years old and learned that life on the SS Hope was built on lies.”

Outwardly, Balik is an obedient member of society on the Space Station Hope: he follows The Council's systems, excels at school and seems happy to follow in his parents footsteps...

Balik's real life is filled with secrets he can share with no one. As he follows his suspicions about the space station into ever more dangerous territory it seems like his whole world will unravel around him. But, he doesn't understand everything: things are wrong, he is sure of that, he just doesn't know why.

When Cassie unexpectedly comes into his life, Balik struggles to find his balance. For years he's investigated the oddities of the world he lives in, but Cassie makes him question things in a different way... Can he believe in this girl who seems so much a part of the system he distrusts? Would she put a stop to his plans to break out if she knew what he was really up to? Balik can't be sure of anything - except the fact that he can't leave her alone.

I dont know if this book wasnt as good as book 1, or if I have just changed a lot since it was released. I suspect the latter. It has been 1.5 years and 245 books since I read Hope's Daughter. I have changed a lot as a reader. But regardless, I really enjoyed this book. There were just a few things that I didn't notice in book 1.

There seemed to be a lot of internal monologue. I love internal monologues, it really reveals a character's inner workings, but Balik was constantly thinking. There would be one or two lines of dialogue per page

while the rest was Balik analyzing everything Cassie said, every slight expression of her face, every shift of her eyes. It didn't necessarily bother me. I didn't even notice it by the end. But there were times that I became somewhat impatient to get on with things and find out what would happen next.

Also, this book cant really be read as the beginning of the series, even though books 1 and 2 happen simultaneously. Not that I can think of any reason why a person would want to do that, but if someone wanted to read The Rainbow Maker's Tale and then move right on to Outlanders without reading Hope's Daughter, there would be some gaps in the story that would probably cause confusion. Some of the things that Balik and Cassie discovered about her powers were referred to without being explained, assuming we already knew from book 1. Also, in the end, the reason for the red marks and why "the beings" wanted them all to fall in love was never explained. I don't know if that is because at this point Balik himself does not even know, or because it is assumed that we know from Hope's Daughter. I think it would have been better if the book could stand more independently from Hope's Daughter.

And lastly, Cassie seemed different in this book. Without insight into her mind, she seemed a bit irritable. I know from reading Hope's Daughter that she loves Balik, but it was hard to tell from her behaviour in this one. They never actually told each other that they loved each other, but I know they did because of their marks. And of course because of what they went through for each other. But the way Cassie acted around Balik most of the time seemed a bit off. She seemed shifty, I guess, without the insight into her motives.

But none of that is a problem if you read this series in order, and I still really enjoyed this book. I love all the

same things about it that I did in Hope's Daughter. I love the mystery and the danger of what Balik and Cassie were doing. And although I knew the ending this time around, I still enjoyed the tension of finding out Hope's secrets. And of course I love Balik. I love him even more this time around. He isn't as strong and sure of himself as I had thought, but he is still strong for Cassie. I love how much he needed her. I always love a hero who cannot live without his heroine, like Vincent from Die for Me, Chase from Tomorrow Land, or Sam from Masquerade. They are in awe of their woman and its just the sweetest thing ever.

"Without having to say anything more, I just knew now--maybe I always had--Cassie was the answer."