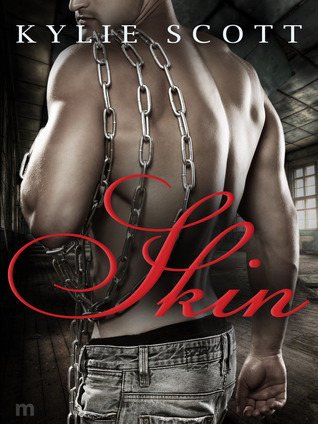 Six months since the zombie plague struck, former librarian Roslyn Stewart has been holed up in a school with eight other survivors. But now the shelves in the school canteen are bare. The stranger at the gate has supplies that will ensure the group’s ongoing survival, but at a cost. He wants a woman.

Nick is a man with a plan. He’ll treat Roslyn like a Queen, devoting the rest of his life to protecting and providing for her. In exchange, of course, for sexual favours. It’s the deal of the century given the state of the world. But Roslyn doesn’t see it that way. The first chance she gets she attacks the ex-army man and attempts to escape, forcing Nick to contain her. And so begins his awkward courtship of the woman, with her chained to the bed for security reasons.

Chained like a dog and forced to spend her every waking moment with a creep, albeit a good looking one, Ros is determined to escape. When circumstances force them to band together against a common enemy their very survival depends on their ability to learn to trust each other. An uneasy partnership develops, but can a relationship with such a difficult beginning ever have a future?

I enjoyed this much more than I first thought I would, and I would like to give it 4.5/5 because it has really stayed with me. I had no problem with the premise or Nick. I thought perhaps I would have trouble accepting a man who did something so horrible. I have never been into the bad boys, and have always had trouble accepting men with bad habits, which the last book I read proves, Bully. But I fell for Nick and his excuses faster than Roslyn. He had good intentions, and like he said, the world isn't fair anymore. Never really was. There is no law anymore and no society. Nothing but survival. And what he needed to help him survive was a purpose. A woman to protect, a reason to get up and keep going every day.

So he kidnapped Ros and treated her like a queen, minus the chains. He had a cabin stocked and ready for her. Full of clothes her size, books to keep her busy, food, even wine. They were set up for the long haul. He cooked for her, forced her to work out and stay fit to stay alive. Taught her how to fight, run, climb trees, shoot, and anything else that would keep her alive against the zombies. He even massaged her after a long day. And he never raped her. He planned to woo her. He may not have kept his hands off her, but I cant blame him if he intended to win her over, and he knew he was an appealing guy. So he had to push his luck a bit if he ever intended to win her over. He gave her a few unwelcome kisses, and sometimes forced her to cuddle with him at night. All A-ok in my books. The only thing he did which I had a problem with was when he was dry humping her against her will. But besides that, I would have agreed to the deal if I were her. Why would you wanna face the zombies alone when you could have a big military guy do it for you, and do everything else for you too, in exchange for some loving? And Nick wasn't even serious and creepy like rapists and stalkers. He was sweet and funny and a smart-ass. I would want to have at least some sort of connection, however small. But given that we had that, I would have been like, "Where do I sign?"

"How could you have bought that girl, chained her up and yet still have managed to persuade her to give you a chance? I mean, how the f*** did you pull that off?"


By being that awesome.

I also really enjoyed Ros. She was so full of spark and fight, and she was so mouthy. Nick really didn't know what he was getting himself into when he picked her. But he still picked the perfect woman for him. I wasn't sure about Nick and Ros' relationship at first. I felt like it wasn't really a romance, just survival. He loved having her around because it gave him purpose, nothing more. It didn't really have anything to do with who she was. Realistically, if he kidnapped the first half decent woman he came across, chances are it wouldn't be his soulmate. But it wouldn't be in a book if she wasn't. So, I waited a bit longer than I wanted to to see the natural sparks, and I was sad to see their cabin go, but once they were on the run and Ros was free of her chains, they were free to explore a relationship in a more natural atmosphere, minus the zombies. I love the fact that they were able to get passed their relationship's questionable beginnings, to accept the world they are in and the hand they have been dealt, and just hang on to each other.

We also met the three protagonists from Flesh near the end of this one. I didn't realize who they were at first because I haven't read Flesh. It took me awhile before I realized she was with two men. But as soon as I did I went and checked the blurb for book 1, and sure enough it was the same two men. And it still kinda creeps me out. Definitely not reading Flesh. I don't do menage. But I still loved this and will check out Kylie Scott's other books, as long as they don't contain menage. I will read Room With a View: Hot Down Under next, but I would enjoy another full-length book in this series. Maybe one day?

"I drove a car into a house and killed a man for you. You chained me up for days and I still wanted to come back and talk over our darkly sordid, slightly kinky, and a lot warped relationship. Face it, you're stuck with me."