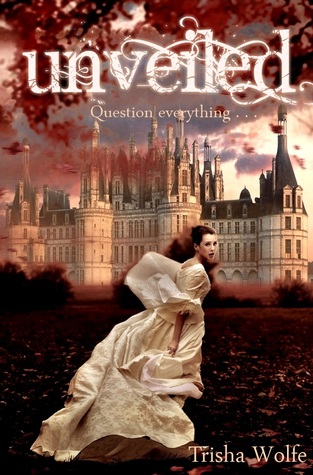 Amongst the wasteland lies the gleaming city of Karm. A Camelot-esque utopia built from the ashes of a dying world. Seventeen-year-old Fallon is no daughter of Karm.

Raised by a secret society of rebels, she's bent on bringing down the King's sham of an existence. But her first mark, one of the King's top knights of the Force, makes her question everything. Even her heart.

In this dystopian novella, rebels are trying to free their world from King Hart. He has forced their world to return to an Arthurian way of life. He believes that technology is to blame for the destruction of the world outside the barrier shield in which they live. Anachronisms are against the law.

I love this concept of a dystopian that feels historical. Mixing two of my favourite genres is wonderful. But this was far too short. Only 40 pages. I thought perhaps it would be spread over several days or weeks. But it all happened in one night. Although I really enjoyed this and the romance was sweet, it had to be rushed. This would have been wonderful if it was lengthened into a full novel or a trilogy. I am very much looking forward to the rest of the series, although it is about different characters.
Posted by Rebecca