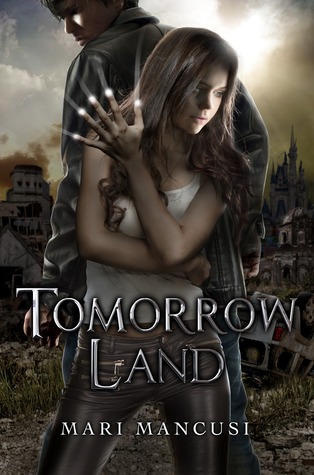 Can true love survive the end of the world?

Imagine finding your first love, only to be ripped apart by the apocalypse. Peyton Anderson will never forget the day she was forced to make a choice--between her family--and Chris Parker, the boy she'd given her heart. And now, four years later, as she steps from the fallout shelter and into a dead and broken world, he's the only thing on her mind.

All Chris "Chase" Parker wanted was to take Peyton away and keep her safe from harm. But he waited for hours in the rain on judgment day and she never showed--breaking his heart without ever telling him why.

Now the two of them have been thrown together once again, reluctant chaperones of a group of orphan children in a post-apocalyptic world where the dead still walk...and feed. As they begin their pilgrimage to the last human outpost on Earth, can they find a way to let go of old hurts and find the love they lost--all the while attempting to save what's left of the human race?

First of all, I have issues with the format. It starts with 15 year old Peyton in 2030, in a virtual reality simulation with her friends, just hanging out. Then the next chapter skips to 4 years later, in a post-apocalyptic world. Then the next chapter goes back, then forward, then back. We have the 2 separate time periods running simultaneously. Each is narrated by both Peyton and Chris, the boy who has been in love with her since they were 6. The narrations are good, but the timeline was not only confusing and annoying, but it didn't work well for the characters. When we first skipped to the 4 years later, we have no idea how Peyton got there, what she had been through. It made it harder to connect to the characters. And when Peyton runs into Chris again they clearly have a history, but we have no idea what it is. We really didn't get to know the characters until we knew the whole of their history. I think I would have preferred this book if it had been told in chronological order, even though it would have had two very different halves. It just feels really disjointed as is.

The romance was sweet. Peyton and Chris were almost constantly in each others thoughts, but they had several children and zombies to worry about. I was enjoying the zombie apocalypse. It was my first zombie apocalypse book and the action was fun. They didn't have a lot of time for sweet talk. They also spent way too much time arguing. I really think I enjoyed the 'before' chapters better. Chris hadn't hardened yet and he was utterly adorable. I have always had a soft spot for the sweet and quiet YA boys. His love for Peyton was absolute, unconditional, and all consuming.

I really enjoyed seeing them fall in love the first time. When Peyton realized just how amazing and sweet this boy was that she had been passing off for 10 years. And I loved their first kiss. There wasn't a lot of physical love going on in this book, not that we were told about anyway, bnd it could have used some more kissing IMO. But there was no shortage of love, especially in the 'later' chapters when neither of them could think of much else. The characters were great, and the romance, story, and action were good.

“Of all the apocalypses in all the world - she had walked into his.”