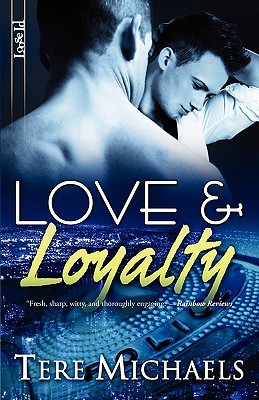 Genres: Adult, Contemporary, Romance
Publication Date: September 8th 2009
POV: Alternating - Third-person, Past tense
Smut-O-Meter: 8 out of 10
My Rating: 3 out of 5

Detective James “Jim” Shea is a Seattle homicide detective who has never taken his work home with him – until now. A case has gotten under his skin and though it’s “over," it isn’t for Jim. The emotional toll has left him vulnerable and tied to the victim’s dying father.

Meanwhile, Hollywood comes calling for a hot story, and screenwriter Griffin Drake sees the tragic case as his ticket to more serious fare than his usual action blockbusters. But to get the whole story he needs to win over the stoic and protective Detective Shea.

Neither man has had much luck when it comes to romance or long-term relationships and neither is particularly looking but there's an attraction from their first meeting that can’t be denied. Their impromptu first date seems to have no end in sight – quickly becomes a barreling freight train of romance.

Looming problems outside threaten their relationship – death, secrets and broken trust – and they'll have to learn loyalty to save their newfound love.

Going into this, I was looking forward to reading James story. I wanted to read about Matt and Evan more, but I treated this as if it were a separate series. I already knew James a little bit and I liked him enough. Griffin took a bit longer to get to know, but once I did I ended up loving him even more. He was a lot of fun and really livened things up. But I still ended up being somewhat disappointed by this. Griffin and Jim got along great and their relationship reminded me of what Matt and Evan's was like in the beginning. But with the added benefit of sex. Seeing as Jim and Griffin were not new to this, they got to the sex a lot faster. But I never felt that they got past the buddy-pals stage.

The story went by pretty quickly and when Jim first told Griffin that he loved him I was so shocked! I thought, "Already?" But then I looked at my progress and realized I was already about 75% done the book! I was still waiting for the story to get started, but it was actually winding down and I hadn't even realized. It just felt so short and insubstantial. There wasn't enough meat and emotion to this story.

I feel like this could have been great with more time and more development of Jim and Griffin's relationship. They never really had any tender moments. They had some moments, but nothing really displaying a deeper love. It felt rushed, but I still enjoyed it. They were greater characters and I enjoyed the side-stories. But I really look forward to getting back to Matt and Evan.

“I know this is like the worst possible time, but I really need to tell you that I love you. Okay? Because I do. And you don't have to say it back or anything, but that's how it is.”