The Girl For Me by Failte 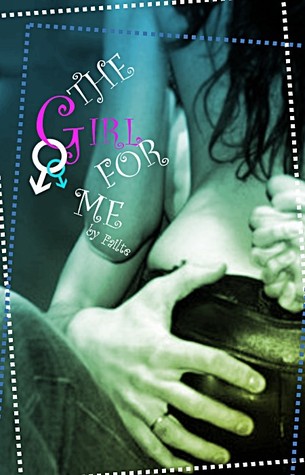 
Straight jockboy Kevin thinks he has gay, cross-dressing Danny under his thumb. Kevin only likes girls.

So... why does he keep thinking about her?

I don't even know where to start. I can't say how much I loved this book. It started out feeling very much like a normal YA contemporary romance. Danny was 16 and Kevin was 17 when they met at a party, despite a few significant changes, it began to progress as expected. Kevin convinced Danny to help him with his homework and they study together after school At this point it felt like a normal "wrong side of the tracks" romance, except they are both boys, and Danny likes to wear dresses.

Kevin and Danny don't get off on the right foot, but from the beginning you can tell Kevin isn't a horrible person. He just hasn't had the right influence. From the sound of things he had some pretty horrible friends, not to mention his father. But once he befriends Danny you see his real potential, not only in his school work, but in the person he could become. And Danny has found someone he can finally be himself with, even if he doesn't always know who that really is. Kevin doesn't judge, and he eventually finds himself falling for Danny. Once he realizes what is important in life, and what will really make him happy in the long run, he jumps in with both feet. It is pretty much from that point forward that he wants Danny in his life, and he never wavers.

"At the bottom of his pit, one light shone in Kevin's eyes. Of course. Fuck school. Fuck Dad. Fuck football and college and jobs and fags and straights and girls and boys and everyone and everything else - but Danny."


As their relationship progressed it starts to feel more like an NA. When Kevin turns 18 he gets his own apartment and they spend a lot of time their together, feeling very domestic, even though Danny still lives with his mother. I was surprised how little supervision they are given by their parents, and the amount of sex they have. I would definitely give this an NA label. Since they age a bit during the story, and they are just around the border age, I would lean it towards the NA label, due to content.

There is a point in the story where they have a big fight, and it was bad. I feel like it was a bit too much, and almost unforgivable. The story does bring us around to forgiving Kevin when Danny eventually does, but it was so out of character for Kevin, I really don't understand how he could have let it happen. And although it made Danny feel weak and vulnerable, and temporarily made him reconsider his desire to be a woman, I don't think his gender really came into it from Kevin's point of view. He was momentarily an asshole of the tenth degree, but it wasn't because Danny was a guy, or a girl, he was just being selfish. It shouldn't have made Danny question his gender. Kevin was a true bastard in that moment, and he only has himself to blame, not Danny.

Danny continues to be confused about his gender for most of the book. We don't really know in the end what conclusion he comes to. In the beginning, he considers himself a woman in a man's body, but as time goes by, he eventually learns more about what it means to be transgendered, and realizes he doesn't fit the definition. I don't know a lot about transgendered myself, but I wouldn't imagine it comes in degrees. But I don't know. Danny likes to wear dresses, but not all the time. In the beginning, he is extremely disturbed by the fact that he has a penis, but as his relationship with Kevin progresses it starts to come into play more and more and he enjoys it. He even mentions in passing that he at one point topped Kevin (I know that this is not that kind of story, but I would have loved to see that. I am a smut fan, so sue me). His sister tells him about surgery and hormone supplements, and the more he learns, the more he realizes that there are things about being a guy that he would miss. But he still never gives up the dresses. Every time Danny questioned Kevin in any regard to his gender, Kevin kept reassuring him that he loved who he was, not matter what. Male, female, it didn't matter, and that he just wanted Danny to be able to accept who he was. I hope that Danny was able to do that in the end. He did seem happy in the epilogue. Although we don't know what conclusion he came to, was in in drag at the time.

“I wish you could just be you. You're great, Danny! You're fuckin' wonderful! Why do you have to be one thing or another? I... I just don't get why its so important to you to call yourself 'boy' or 'girl'!”


I loved how, once Kevin and Danny came out at school, that the entire school body stood up with them against homophobic teachers. It was amazing, and I loved how it also gave other Glbt students the courage to be themselves. It was truly inspiring and I hope things like that actually happen.

But of course my absolute favourite thing about this book was Kevin and Danny's relationship. They had some rough spots, and not only the one mentioned above, but in the end it all came down to the fact that they both knew that they were better, happier people when they were together. Kevin was ignorant of all things gay before he met Danny, and Danny not only educated him, but made him love him, made him want to be a better person, and literally taught him how. Kevin's love for Danny was so constant and unconditional, not even his gender was a condition and that makes me shed a lot of tears. And Danny loved that Kevin loved him. That he supported him and accepted him when no one else had. He loved that Kevin was really sweet underneath all his buffoonery, and that he was a lot smarter than he seemed. They were such a perfect pair, pretty much soul mates, that for the first time in an M/M romance (and I really think that the term M/M really doesn't do this story justice), I don't have a preferred main character. Despite Kevin's huge hiccup which I wanna just pretend didn't happen, I love them both so much. I can't remember the last time I got this attached to characters, or the last time I was this sad when I finished a book.

I loved the epilogue, but I still could have used more. The epilogue was set quite a while after the rest of the story, and it shows us where their life has gone, and that they are still together. But only Danny is in the epilogue. Even just one more page, set the evening after the epilogue, with Danny and Kevin both getting home and maybe cuddling; a kiss and a hug and an "I love you"? I would have been in heaven. I really didn't know what to expect going into this story, but it definitely blew any expectations I had right out of the water. This story really wound itself around my heart. My heart was racing as their relationship first started to grow. I was so anxious when Danny and Kevin were fighting. I was weeping as they proved they were forever. I will carry this story with me always.

"You were about to say you loved me."

"I love you. Thanks. I totally forgot.”