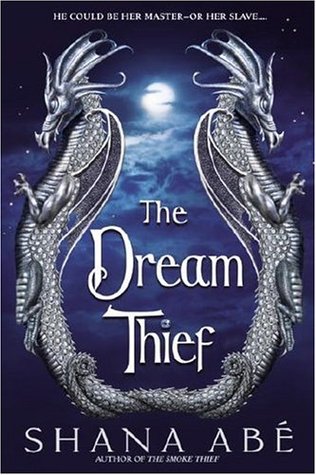 In the remote hills of northern England lives a powerful clan with a centuries-old secret. They are the drákon, shape-shifters who possess the ability to Turn—changing from human to smoke to dragon. And from the very stones of the earth, they hear hypnotic songs of beauty and wonder. But there is one stone they fear.

Buried deep within the bowels of the Carpathian Mountains lies the legendary dreaming diamond known as Draumr, the only gem with the power to enslave the drákon. Since childhood, Lady Amalia Langford, daughter of the clan's Alpha, has heard its haunting ballad but kept it secret, along with another rare Gift...Lia can hear the future, much in the way she hears the call of Draumr. And in that future, she realizes that the diamond—along with the fate of the drákon—rests in the hands of a human man, one who straddles two worlds.

Ruthlessly clever, Zane has risen through London's criminal underworld to become its ruler. Once a street urchin saved by Lia's mother, Zane is also privy to the secrets of the clan—and is the only human they trust to bring them Draumr. But he does nothing selflessly.

Zane's hunt for the gem takes him to Hungary, where he is shocked to encounter a bold, beautiful young noblewoman: Lia. She has broken every rule of the drákon to join him, driven by the urgent song ofDraumr—and her visions of Zane. In one future, he is her ally. In another, her overlord. In both, he is her lover. Now, to protect her tribe, Lia must tie her fate to Zane's, to the one man capable of stealing her future—and destroying her heart.

This is such an amazing series. Such a great concept, crossing historical romance with dragons. And I love the men in it so far! I loved Zane even more than Kip, but they were both so naughty yet still dignified. Zane isn't even Drakon but there was still something about him that was just magnificent and Alpha. I am slightly in awe of him. I really can't blame Lia for being in love with him most of her life. For making a move on a man in his mid-thirties when she was only 14. I am sure she couldn't have helped herself. But the way she was dedicated to him was inspiring. She knew him her whole life, him being a friend of her mother, and she knew what he was. A criminal, a thief, a liar. But she loved him. She knew his future (or a possible future), and the terrible things he was capable of, yet still she loved him. The story in this was much grander than The Smoke Thief, which was about a jewel theft in London. In The Dream Thief, Lia and Zane go to Hungary to track down a legendary diamond that can control the Drakon. There is much at stake. There are powerful new enemies, and powerful new allies, and you don't always know which is which. There is sacrifice and love, and a possible dark future. The sense of desperation between Lia and Zane, caused by her dreams, was nearly intoxicating. The scene where they made love just after Zane had found out the power of the diamond, was heartbreaking and beautiful. The writing is breathtaking and hypnotizing. Nearly every word is worth remembering and making note of. Its like a song.

I cant stop thinking about this series, and I have to order Queen of Dragons from my library right away. It is about a character we met in this book. She was only 11, but Zane was only 13 in The Smoke Thief, so I'm sure several years will have passed. I am extremely excited to hear her story. The rest of the series has lower ratings than the first 2 books, but I hope I will love it anyway.

“Something inside his chest unlocked--wildly, slowly, a peculiar sort of melting. He was lost. He was the thorn and the thistle, blown upon her breeze. He felt, strangely enough, staring into her yes, like he was going to weep.”